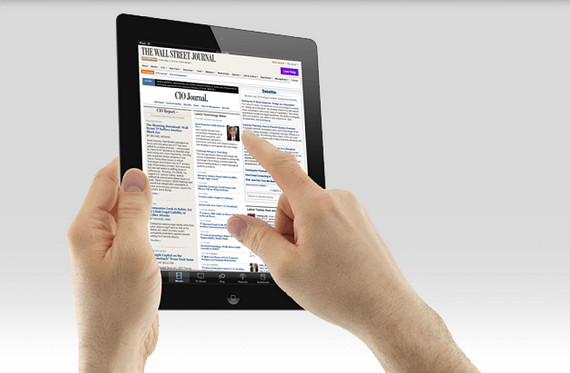 The rise of mobile has presented advertisers with a unique problem: there are so many different screens for people to look at, with different shapes and resolutions, that is that much harder to build, and deliver, ads across multiple screens.

Problems that arise include problems with rendering, encoding and bit rates, all of which have to be adjusted as an ad is displayed on a different screen.

Multi-screen interactive advertising technology company Jivox helps solve this problem by making ads easier to both serve and deploy. Now the company raised $5.8 million in Series C funding, it was announced on Tuesday.

Fortisure Ventures led the round, with participation by Shah Capital and existing investors Diaz Nesamoney, who is the company's CEO and founder, Opus Capital and Helion Advisors.

The San Mateo, California-based Jivox has developed a technology platform that makes it easy for publishers, brands and agencies to deliver interactive across multiple devices and screens. It makes it so that developers do not have to worry about such problems as screen size, screen resolution and rendering.

"We are addressing the big move to mobile devices," Nesamoney told me in an interview. "People are consuming more media, and advertisers have to be able to deliver on those devices."

So Jivox takes care of the differences across all of those devices, taking care of problems, such as the inability for most phones to run Flash, so the the ads run smoothly.

The new money will go toward expanding sales and marketing, said Nesamoney. That specifically means hiring around 10 to 15 people in the United States, to expand the team to 85 by the end of the year, as well as beginning to build out operations in Europe.

In addition, it will be used to invest into in the company's technology platform in order to expand its capabilities.

"This involves a couple of areas," said Nesamoney. "It means making ads more intelligent, so we can better target ads, as well as the content in the ads."

Last year, Jivox added capabilities last year to easily alter the content of ads based on external factors, such as weather and location.

"We can dynamically program the app based on data," he said. "We will invest more heavily in that because there is tremendous opportunity to to customize ads to the individual."

The second part is building out analytics that are served to clients.

"As ads become more engaging, interactive, and can be across multiple screens that means more data is available," he said.

While there are other companies that offer a similar service, including PointRoll and Mediamind, there are two things that separate Jivox from the competition.

"Traditionally, ads were built by code developers, so you needed to be programmer," said Nesamoney.
"it was cumbersome and tedious process, to develop and  then test ads, and then test them again when something needed to change."

The Jivox platform, on the other hand, eliminates coding process by building the layout and design tool into the platform. Video files, animations and logos, can easily be uploaded through drag and drop and developers can layer different assets into building their ads.

"10 years ago there were maybe four different ad and they were fairly basic," he said. "The kinds of ads brands now want are hugely interactive, and have live feeds. The complexity has gone up, and the code- based approach is basically breaking down."

Jivox allows people who are not experts in coding to build ads, because changes can be done quickly, reducing the cost and time significantly.

Founded in 2007, Jivox counts hundreds of publishers and agencies as clients, who, in turn, have thousands of clients of their own. Clients including Federated Media, A&E Networks and Universal McCann.

Jivox is an exciting new online video advertising service that gives businesses that want to advertise on the Internet a better, personalized way to communicate their products and services to a micro-targeted audience. If your Internet advertising is not as effective as it used to be, or you are looking for a new way to get your message to your customers via rich visuals and video, Jivox can help.

Jivox helps you create, target and deliver professional video advertising on the Internet - going way beyond the search engine or banner ads - without spending a lot of time and money on producing your ad. Our proprietary technology helps you pinpoint your ads to the exact geographic, behavioral or demographic audiences you need to reach on the web.