The startup gets support from Sequoia Capital veterans 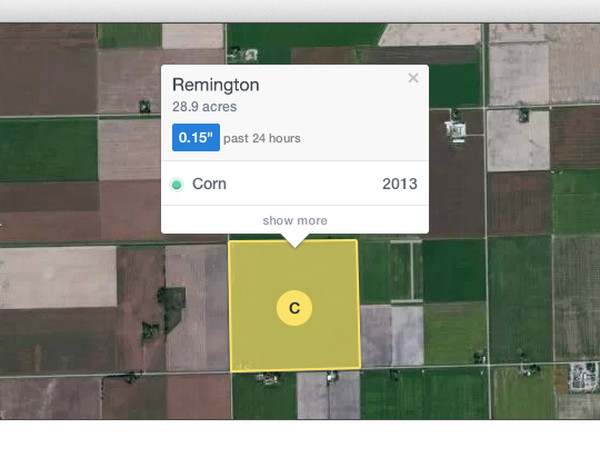 One of the most interesting applications of technology—in my opinion (which means a lot to a huge number of people [read: very few])—is agriculture. As the population continues to grow, demand on natural resources is also going to intensify, which means now is a pretty good time to figure out the most efficient methods of using and conserving water, pesticides, and fertilizer. Dammit, guys! I don’t want to be reduced to eating genetically modified tofu starch and chickens spliced with houseplants thirty years from now! (I’m in a dystopian novel phase right now.)

YC graduate FarmLogs announced Wednesday that it has raised $4 million in a Series A round led by Drive Capital, a fund created in 2012 by two Sequoia veterans. Existing investors Huron River Ventures, Hyde Park Venture Partners, and Hyde Park Angels also participated in the round.

Smart farming has been on the rise over the last couple of years. Last October, Monsanto acquired The Climate Corporation for nearly $1 billion. In 2012, big data farming startup Solum raised $17 million in a Series B led by Andreessen Horowitz.

FarmLogs is unique in that it has a distinctly mobile focus, and it helps farmers get a better perspective of the business side of farming. Farmers can check the status of their fields down to individual crops, including how much rainfall they’ve received in the last 24 hours, from a laptop, smartphone, or tablet. FarmLogs also has rainfall history on each field going back five years, so farmers can compare averages. The service also offers crop analytics and forecasting to determine how well a farmer’s crops have performed and what kind of profit they can expect, as well as inventory management.

The solution, which focuses on row-crops (think major staples like wheat, corn, and soybeans), is already being used by 5% of row-crop farms in the U.S. and farmers in over 130 countries.

The startup was founded in 2011 by Jesse Vollmar, who grew up on his family’s fifth-generation farm in Michigan and started an IT consulting business while still in high school with classmate and co-founder Brad Koch.

“I grew up working on my family's farm so the lack of great technology was obvious. After developing a passion for technology and learning how to build software, it only made sense that we combined those two things,” said Jesse, via email. “We are enabling a data driven future for farming and creating a platform that will bring great technology to all row-crop farms.”

Drive Capital co-founder and partner Mark Kvamme will be joining FarmLogs’ board of directors. Kvamme is known for leading investments in LinkedIn, Mark Logic, and Cast Iron for Sequoia Capital.

“FarmLogs is giving farmers the technology to optimize their business that was only available to Fortune 500 businesses just a couple of years ago, ” said Kvamme, in a statement. “We’re honored to be partnering with the exceptional entrepreneurs at FarmLogs solving such important problems for the world’s farmers.” 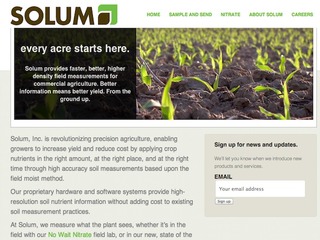 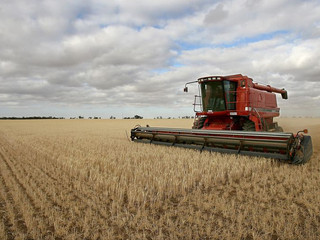