Shipments of personal computers dropped for the seventh consecutive quarter 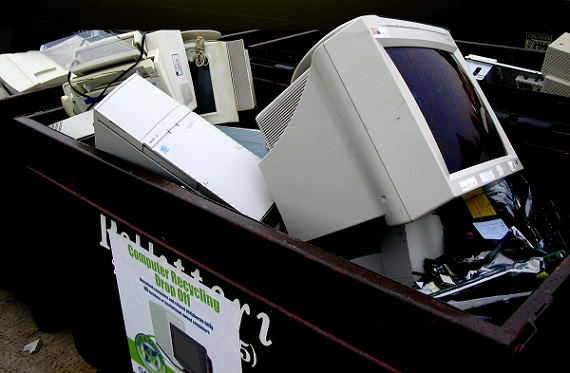 People have been touting the death of the personal computer for years now. They've been saying it for so long, in fact, that it is hard to remember that we ever lived in a world where the PC was king. And now things have hit a new low.

Surprising pretty much nobody, a new report out from Gartner on Thursday found that sales of personal computers saw the worst decline in market history.

Worldwide PC shipments were 82.6 million units in the fourth quarter of 2013, a 6.9% decline from the same quarter a year before. This marks the seventh consecutive quarter of shipment decline.

Only two vendors saw their shipments rise year to year: Lenovo and Dell.

Lenovo shipped nearly a million more units, growing by 6.6%, and increased its market share from 15.8% to 18.1%. The company showed strong growth in all regions, except Asia/Pacific, where China continued to be a problematic country for the company, Gartner said.

As for the other vendors, they were all hit pretty hard.

HP saw its shipments decline by 7.2% in the fourth quarter. U.S. and Latin America were two regions where HP could not increase its shipments, and it experienced a steeper decline compared with the regional average. Still, HP continued to be the top vendor in the U.S., as it accounted for 26.5% of shipments.

Acer and Asus both saw big drops, of 16% and 19% respectively. These results were expected, Gartner noted, since both companies are putting their focus on to tablets, rather than PCs.

As for the year as a whole, things look even worse, with worldwide shipments expecting to have dropped a total of 10% to 315.9 million.

The reason for the drop in PC sales is obvious: tablets. Shipments of tablets are expected to grow by 53.4% in 2013, according the numbers from Gartner in October.

In fact, the only thing that seems to be saving the PC at this point as the prevalence of "ultramobiles," which are lightweight computers that are basically a hybrid tablet, running a desktop operating system.

"We think that the U.S. PC market has bottomed out. A variety of new form factors, such as hybrid notebooks, drew holiday shoppers' attention, but the market size was very small at the time," Mikako Kitagawa, principal analyst at Gartner, said in a statement.

"Lowering the price point of thin and light products started encouraging the PC replacement and potentially some PC growth in 2014."