Glooko supplies a cable and a mobile app, which allows for glucose data to be easily monitored 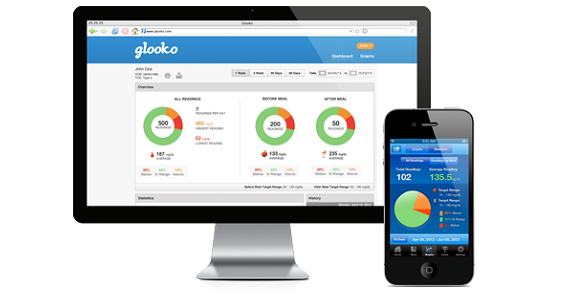 There are a number of connected and wearable devices that are meant to track a person's health, with companies like JawBone, Nike, Adidas and Under Armour putting out their own wearable fitness trackers.

What you don't hear about as much, but I suspect you will soon, are devices that help monitor chronic diseases. With the rise in obesity in this country, the number of people with chronic illnesses is no doubt going to rise too. And plenty of people are going to want to make money off of that market.

Glooko, a creator of a tracking device that focuses on patients with diabetes, has raised $7 million in Series A-1 funding, the company has announced.

The company says that it be using the funding to "focus on enabling predictive diabetes care by delivering patient data and decision-making algorithms to health providers and payer groups."

That includes adding a layer of analytics and messaging capable of making therapeutic recommendations for diabetes management.

Launched at the end of 2010, Glooko is a digital logbook for people with diabetes who have to check their blood sugar every day.

Glooko makes a cable, called the MeterSync Cable, and a mobile app that is available on both iOS and Android.

The app allows patients to log medications and foods, including nutritional data on over 200,000 foods and menus from most major restaurants. Through a web dashboard that translates key blood glucose, carb and medication data into statistics and graphs, providers are better able to manage their patients with diabetes.

Founded in 2010, the company received approval from the FDA for its iPhone application, MeterSync Cable and web dashboards in January of 2012. It launched its Android app in October of 2013.