Meet Jukedeck, creator of software that can write music

Vator Splash London winner has a big goal: to one day personalize music based on users' environment 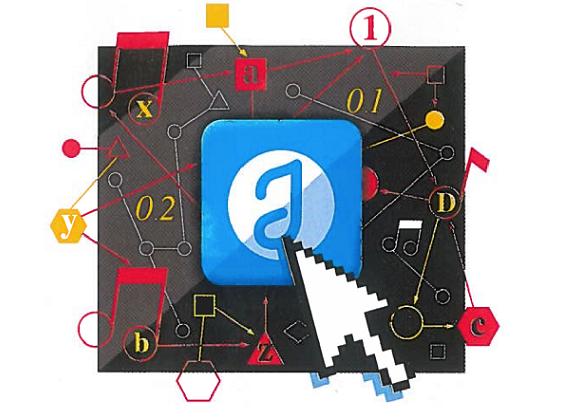 I've always been just a little bit jealous of people who could play instruments. Just like the ability to draw, it's just not something that I could ever master, despite years or practicing on both the piano and trumpet. And yet it came so easily to other people I knew.

Remember, though, that we are living in the 21st century now, and that means one thing above all: lack of talent should never get in the way of any of us producing what we want.

So here comes Jukedeck, the winner of Vator Splash London in November, to let everyone create their own music. The company has created the first software capable of writing decent music completely on its own.

All the user has to do is go to the site, or to the app, and upload a video. The user then chooses a style of music, be it blues, rock or techno, the software will read how long the video is and then create a soundtrack for it. The technology does not use loops, but writes the music note by note, much like a composer would.

The software can produce music either at the touch of a button or in real-time, so it can write the music as the user listens to it. Users can hit refresh to get a new track if they do not like it, or take more control and tweaking the score, either by adding or subtracting instruments or changing the tempo.

Right now the company, which is in early stages, is attempting to target two groups: the video and indie game markets, Ed Rex, founder and CEO of Jukedeck, told me  in an interview.

"We are trying to target people who aren’t musical experts, and make something scalable," he said. "There are people who might not know much about music, or where to find it, and now they can get as much as they want."

Simply getting the software to write music on its own is only a short-term goal, though; the company has visions of going much further than that. Specifically, the company eventually wants to evolve the software to the point where the music that is being created to react to changes in the surrounding environment as people listen to it.

What that really mean is that, by reacting to the mood or to the surroundings, the software will allow the music to become more personalized, and unique to that specific moment.

"Recorded music is brilliant, but music consumption has changed massively with iTunes and Spotify," said Rec. "There's more that technology can be employed for in the production of music, and there is no reason why it shouldn’t be possible."

Of course, getting the software to do this will not be an easy task, he admitted, an d so the company is starting with the more simple idea of computers writing music, while working on the ability to take inputs from the environment, and creating personalized music, in the future.

"First we will get to that point first teach how to write music. Once we get to that stage, then we can work together to produce something incredible."

An old school way of listening to music

Part of the idea behind Jukedeck, and where Rex eventually wants to take the software, is to get back to a time, before pre-recorded music, where every time a song was played it was unique.

"Since the turn of 20th century, when someone writes a tune, it gets played hundreds of thousands of times, but only one version that we all listen to all the time," he said. "Before that, every time it was unique, and there was excitement in hearing something that was completely unique, and only for you in the crowd."

With Jukedeck technology, Rex believes that we, as a society, can get back to that place, and music can go back to being a really personal experience.

"In 100 years, our grandkids will say 'every time you listened it was the same?' They will find that to be really weird," he told me.

Taking over our lives?

As you might imagine, the idea of computers writing our music for us had made some people uncomfortable. Rex himself has gotten some pushback on the idea for that very reason.

It seems as though whenever a new type of technology comes out, people have one of two different reactions: either they start worrying about how it will affect jobs (e.g. Amazon's recent announcement regarding drone delivery) or they remember that they once saw The Terminator, and start getting visions of robots taking over the world.

In regard to the criticism that he has so far received, Rex made it clear to me that he has no desire to see robots or computers producing all of our music for us in the future. Nor he believe they actually can do such a thing.

"At least 5% of what goes into creating music is untouchable by computers. A lot of music comes from emotion and memory, things that are intangible and go beyond math. There is a level that will never be achieved by a computer," " he said.  "At the same time, there is a lot of music, and art, that does come down to math."

And that gets back to the long-term goal of the company: to marry human experience with technology in order to create something unique.

"Our long term goal is to have a system in which you have human music and computers interacting together to produce music that is a new experience," he said. "The future of music is, in large part, in technology, and there is so much it can be used for."

Still, he told me that the consternation over computers writing replacing composers is "a valid concern" but, again, stressed that it is not his intention to put the responsibility for the future of music solely into the hands of machines.

"The important thing is that we are not out to replace human composers. We couldn’t because of the intangible aspects. But we can get software to the stage where it can be combined with human writing."

Interview with Tom Sagi, CEO and co-founder of the employee management platform, Hourly

Jukedeck provides unique, personalised music at the touch of a button. Our technology composes original music based on a user's settings, giving video creators, games developers and other users a simple way of sourcing music. Our mission is to give every experience the perfect soundtrack. 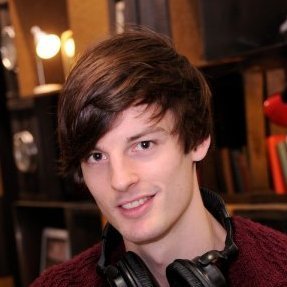 I'm founder and CEO of Jukedeck, a responsive music startup. My background is in music - I was a published composer before starting the company. I taught myself how to code in order to build Jukedeck. 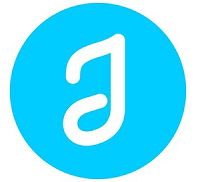