HBO execs are popping champagne bottles because they're jerks like that 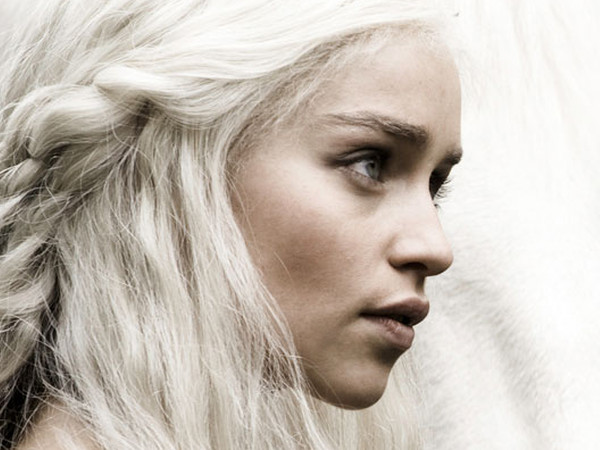 Congratulations, HBO. You monsters get to pat yourselves on the back as “Game of Thrones” has been named the most pirated TV show of the year—for the second year in a row.

But getting back to “Game of Thrones,” wtf? The show’s illegal downloads actually exceeded the number of traditional viewers? REALLY?!

To be clear, “Game of Thrones” is an awesome show (of which Jon Snow knows nothing), but its massive piracy rate isn’t really due to its awesomeness, but rather to HBO’s asshole-ish refusal to make “Game of Thrones” accessible ANYWHERE outside of a cable subscription.

When asked why it refuses to create a standalone streaming service, HBO execs and spokespeople say the same exact thing each time: “The economics simply do not support such an offering at this time.”

HBO CEO Richard Plepler explained recently why HBO refuses to move along with the current rate of progress: namely, that the broadband-only market is simply too small. Approximately 101 million households in the U.S. buy television, and HBO has penetrated less than a third of that customer base. And the people who watch HBO are the people who tend to watch more TV in general—the average household in America watches 241 hours of TV a week, while the average HBO household watches 287 hours of TV.

Plepler said HBO would rather focus its energy on marketing to the 70 million households that buy TV but don’t yet have HBO, as the infrastructure costs of marketing to broadband-only users “is not particularly compelling.”

And I’m calling bullshit on that. Really, HBO? Putting a show online and charging customers to watch it is somehow going to cost you oodles and oodles of money in extra marketing costs?

Plepler explained by likening HBO’s deal with cable providers to being a soft drink company and partnering with the grocery store to have your soft drink promoted at the front of the store in a giant soda pyramid.
In other words, HBO has made a deal with cable companies: they devote their resources (customer service reps) to aggressively promoting HBO, and HBO will make sure that its content is wholly inaccessible outside of cable subscription packages.
So even though HBO lost out on an estimated $18 million on the season two finale alone due to piracy, the company is patting itself on the back. “Game of Thrones” director David Pretrarca previously said that piracy generated “cultural buzz” around the show. And Jeff Bewkes, CEO of HBO’s parent company Time Warner, has said that winning the title of “most pirated show” is “better than an Emmy.”