An Amazon Locker for all your online retail purchases 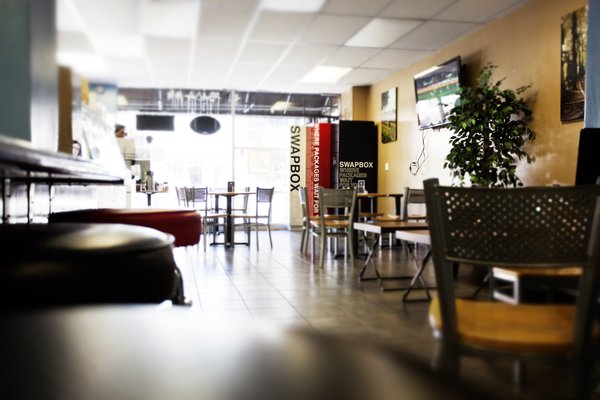 Are lockers for rent a big deal? Apparently, Tony Hsieh of Zappos thinks so. He and another entrepreneur, Trevor Blackwell, best known for creating humanoid robots, have led an $800,000 round in Swapbox, a San Francisco-based Y Combinator startup that is building rental lockers in San Francisco. Other notable investors include Erik Moore (who recently started his own fund, called Base Ventures), as well as ACE & Company, based in Switzerland.

These aren't rental lockers to put your gym clothes in, or those to put your snowboots in while out skiing, though they're the same concept in that you pay as you go. They're more like PO Boxes, where you receive items, and in this case, it's mainly goods purchased online.

Swapbox is building out rental lockers for people who get home deliveries, but need a place to accept the deliveries. Apparently, it's a big market opportunity (obviously the YC crew wouldn't have invested if they didn't think it was). And it does seem like that number will only get bigger as more people shop online.

As we all know, more consumers are shopping online (and shamelessly doing so even on Thanksgiving as 45 million shopped online on that day, up 27% from a year ago, according to the National Retail Federation). Online retail sales are expected to rise 13% this year to $262 billion, representing 8% of the total retail pie, according to Forrester Research.

The idea is if there are a bunch of these lockers, people will opt to have their goods shipped to those lockers, rather than their homes. "Instead of having to wait for packages, we want to make packages wait for you," said Murthy.

While it's convenient for the consumer, the lockers potentially bring foot traffic to locations, and incremental revenue.

Swapbox hopes to get about $2 per shipment and give 15% to the venue where the lockers are located, on top of renting the space, and in some cases, possibly paying for the electricity.

Swapbox is taking a page from Amazon Locker, which is the program that allows Amazon shoppers to receive their shipments in lockers rather than their homes. In San Francisco, there are about 25 and in the country, about 500, estimates Murphy.

The difference between Amazon Locker and Swapbox is that Swapbox caters to all retailers whereas Amazon is exclusively just for Amazon packages. That's a good differentiator, though Amazon accounts for the lion's share of online shopping today, selling 12 times more than its next biggest competitor, including Staples and Walmart, according to Internet Retailer.

Since launching the first Swapbox in April, the number of Swapbox locations has risen to 15. The locations range from a laundromat, coffee shop, donut shop to a Shell gas station. The boxes, which cost about $10k to $15k and two to three weeks to manufacture, are about 12 square feet, or equivalent to the size of two soda vending machines and can fit about 20 compartments. There's also the rental fee that Swapbox would pay, that could reach upwards of $80 a month in some locations. This is what makes Swapbox a capital-intensive business.

Just applying simple math, each location would need to have 7500 to 8000 deliveries to recoup the cost. So if each location saw half its boxes used every day, that would be 300 deliveries, which means it would take two years to recoup the value of each locker, at that rate, and more if you include rent. Murthy would not disclose how many deliveries it's currently seeing nor would he disclose how many customers have signed up for a box.

But doubtless, there's definitely a need for these boxes. How many of you have had a package delivered only to get a post-it that says it couldn't be delivered? (I just raised my hand.)

The question is whether Swapbox can ramp up awareness and usage and get their box costs down. For now, it's all word of mouth, said Murthy. The team is also in negotiations with some retailers to have them use the service as well and have it integrated into their checkouts.

To help advise the team on their execution, Swapbox brought in Mitch Lowe, now CEO of Quarterly.co, as well as co-founder of Netflix, and former President of Redbox, which offers DVD rentals in about 40,000 kiosks. The company started in 2002 as an automated convenient store kiosk that sold milk, sandwiches, and DVDs. Lowe joined Redbox in 2003, so he knows a thing or two about expanding kiosks. Coinstar bought Redbox for $176 million in 2009.

By January, Murthy expects to have 25 Swapboxes up in San Francisco and 40 to 50 by mid-2014. Then they'll be off fundraising for their Series A.

Want to sign up for a Swapbox? Go here. You pay $2 to pick up your goods (should be under five pounds, but Swapbox apparently has compartments that can store a surfboard, if you plan to buy something that big), and you get 3 days to pick it up. Oh, and they also send you an alert when the package arrives. Not a bad service. I think I'll try it myself.

Prevent missed deliveries with Swapbox. We give you control over your packages — no more missed delivery notices or stolen packages. Shop online and ship packages to a Swapbox. We'll notify you via email and/or text message with the pickup details when they arrive.

You can use Swapbox for anything you order online. Just sign up for a free account at www.swapbox.com and select the pick-up location that is most convenient for you. You will receive a unique shipping address for that Swapbox location. When you place your next online order, use your Swapbox shipping address. Once your packages arrive at the chosen Swapbox, you'll receive an email and/or text message with the pickup details. Packages are usually available for pickup the same day you would normally receive them. You can track packages, view pickup information, and configure your settings all through www.swapbox.com. 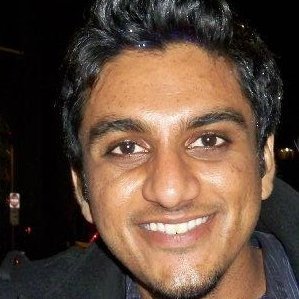 Co-Founder & CEO of Swapbox. Got my BS in Computer Science from Stanford, and dropped out of the masters program to work on Swapbox. Along the way worked at various start-ups, and Zynga as a PM.