Lifecake, a photo sharing app for families, gets $1.1M 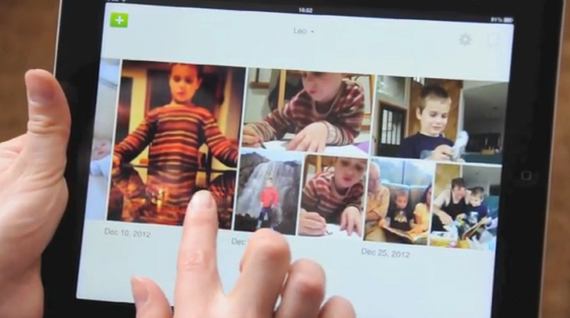 I moved to California almost two years ago, and I have only seen my mother and sister two times since then. Meanwhile, life goes on back home, and it is hard to not feel like I am missing out on what is going on there sometimes. That is especially true during holiday season, when flight markups make going home for Thanksgiving almost impossible.

Technology does help with this somewhat, but Facebook, and other photo sharing apps, do not exactly foster a feeling of closeness.

Lifecake, an app that enables families to easily and privately share photos and videos, wants to change that. And now the company has raised $1.1 million in seed funding, it was announced Wednesday.

The round was led by Balderton Capital. The company previously raised $300,000 in angel funding from Techtopia, EC1 Capital, Tony Saigh, James Peck and Serge Alleyne, bringing its total raised to $1.4 million.

Lifecake takes photos, videos, artwork and milestones that are captured on any device, and automatically creates a timeline that can then be shared with friends and family.

The parents have complete control over who sees the timeline, and what is added, though other family members are allowed to add content if they are approved to. While photos that are marked with metadata will automatically be added to the right place in the timeline, older photos, which were taken before digital camera and smartphones, will have to added in manually.

Users get 1 gigabyte of storage for free, or can pay roughly $36 a year for 100 gigabytes of storage. Those who pay are called VIPs, or Very Important Parents (of course).

The app was developed by veterans of Skype and Yahoo, including co-founder and CEO Nick Babaian, who was the former head of Skype’s mobile product team.

"Our mission is to be part of a change we worked on at Skype," he told me in an interview. "We want to dramatically change time and distance between families. It's hard to feel close when you are so far away, so we want to make the distance feel smaller."

The money will be used to help improve the product, he said. First, to make the app simple and easy to use.

"We are catering to families, which means we have to aim for the lowest common denominator when it comes to time and tech savvy," said Babaian.

More importantly, though, it will go toward adding features that will help highlight the best content uploaded to the app.

"Wow do you separate the best stuff from the rest," he said. "There are numerous emotional elements that go into what makes it the best content, and it might not be the best looking shot or the one that is in focus. We will prioritize content based on the user interacts."

For example, the app will be able to create physical photo books for certain people based solely on what they looked at, commented on and favorited. These 80 page books will be delivered for $50 plus shipping.

Of course, there are numerous photo-sharing apps out there, including some that cater specifically to families, like Origami, Naturally and 23Snaps. And then there are services like Dropbox, which help share files.

What sets Lifecake apart, Babaian said, is that those service are solving a different problem.

The other competition for Lifecake comes in the form of e-mail.

"What do our customers do today? The biggest way to share is email and external hard drives," he said.
"The vast majority don’t store in the cloud, but they will be in the next few years, and we want to be a part of that wave."

The London-based company was founded in July 2012, and is now coming out of beta. Babaian would not say how many people were now using the service, but he did say that 25% of them use it every day, and that anything upwards of 20% "is incredibly sticky."

"We want families to feel close all the time, with all of their all loved ones all the time. Even thousands of miles away," he said. "Lifecake will change our perceptions of time. It is assumed that family events in the past will feel distant, but we want to change that, and make first person stories with everyone in the family feel like they happened a few minutes ago."