Brands use HipLogiq software to find relevant tweets, then respond to them with deals and coupons 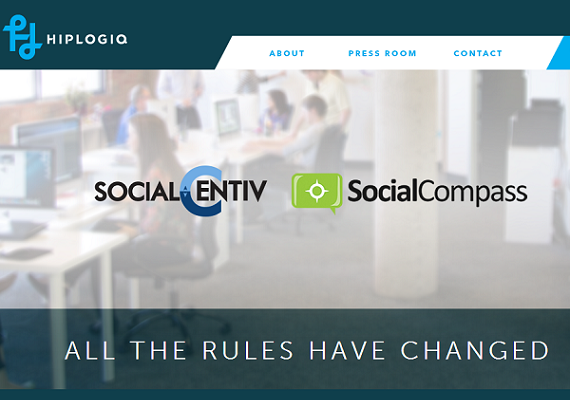 For agencies, brands and businesses, having a lot of followers doesn't amount to more than bragging rights if all of those people don't actually lead to higher sales.

Twitter marketing company HipLogiq helps businesses respond directly to potential consumers, and it has now raised $7 million in Series B funding, it was announced on Monday.

The company received $5 million in first-round funding in May of this year, with a majority of the capital also coming from Hadron Global Partners.

The vast majority of the money will go toward enhancing the marketing side of the business, HipLogiq CEO Bernard Perrine, told me in an interview, double its number of employees from 25 to 50 starting at the beginning of next year.

"95% of the funding will earmarked for sales and marketing," he told me. The rest will be used "to continue to enhance the product and grow the network."

The Dallas-based HipLogiq is an enterprise solution for social media marketing that uses Twitter to extend the reach of brands.

Here's how it works: HipLogiq sells software to brands and agencies that allow them to scour Twitter to look for relevant tweets. Once they find those tweets, the businesses can respond to them directly, offering them a reward, such as get 20% off, or get a free product or buy one get one free.

The user also receives an incentive two days later to share with their friends, which will get if someone they have shared it with redeems the offer.

One piece of software is called SocialCompass, which allows brands and agencies to reach customers. Either they can have HipLogiq send out the responses, or there is an agency mode, where they send out the tweets themselves, he said.

"The agency has existing clients, for example they might have Coca Cola, Ford or BMW, and they can provide the service to those clients that already use them.

The difference between these two models, Perrine said, is who is doing the work. The technology finds the users based on keyword and location but "a human being has to know to respond."

The company also offers SocialCentiv, which launched in March of last year, and is used by 2,000 small to medium businesses (SMBs).

Founded in 2008, HipLogiq has a number of notable clients, including Papa John’s, Dunkin’ Donuts and 7-Eleven. It counts over 2,000 SMBS as clients, and the agency model, which it only launched two months ago, already has 50 customers.

And these business are seeing high conversion rates by using the software.

For example, "Papa Johns sees a 54% conversion rate," Perrine told me. "And this is in an industry that celebrates a 19% failure rate."

"Try to find another marketing tool for that level of conversion."

ROI is very important to the company, he said. And by using the software businesses are also able to captue consumer information, and grow their databases.

"We don't want to create a product just because its cool," he said, "but because it adds value to business and consumer."

He also said that the company will be continuously evaluating new networks and tools to help agencies extend their reach. Right now the company focuses primarily on Twitter, but will be expanding to new networks, including Pinterest, very soon.

We are a marketing technology company whose mission is to improve on traditional methods of doing business by creating products and services designed for the way the empowered consumer lives today. We do this by fundamentally changing how businesses and brands reach and engage with people.

Our powerful, patented social marketing software – SocialCompass and SocialCentiv – recreates 1-to-1 marketing on a mass scale to help businesses of all sizes actively reach, engage and reward consumers based on their expressed need for a product or service, the time of day and location.