Twitter basically has one single source of revenue, advertising with 70% coming from mobile 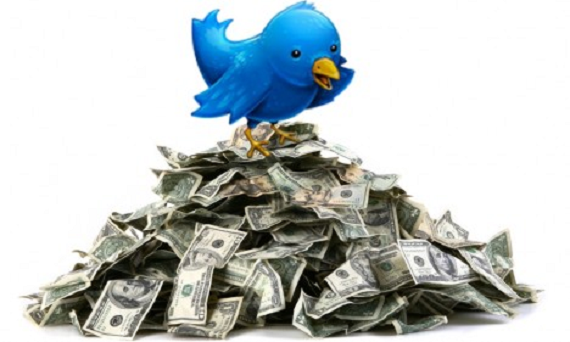 With Twitter finally going public, we finally got the answer to the question that people had been asking for years: how much does this company make?

Turns out, not as much as you'd think. In fact, the company is still operating at a loss.

So where does Twitter get its money? And where is it all going? Let's take a deeper dive.

The money coming in

Twitter makes its money from two key areas. And you can probably guess what they are.

One, of course, is advertising. The other is from data licensing.

When it comes to which area reigns supreme, there is no contest. In the third quarter, advertising counted for $153.4 million. Out of $168.6 million. That is an astounding 91% of revenue. Talk about putting all of your eggs in one basket!

And that number is rising quickly. In the second quarter of the year it had roughly $121 million from advertising, for an increase of around 27%

Twitter has three types of ads that it makes money from: Promoted Tweets, Promoted Accounts and Promoted Trends. Over 70% of its advertising revenue in the quarter came from mobile.

Twitter seems to be taking a big risk by taking nearly all of its money from one source, which it acknowledged in its S-1 filing with the Securities and Exchange Commission before its IPO.

"We generate substantially all of our advertising revenue through the sale of our three Promoted Products: Promoted Tweets, Promoted Accounts and Promoted Trends. As is common in the industry, our advertisers do not have long-term advertising commitments with us," the company wrote.

Translation: this could all fall apart very quickly. And yet Twitter also says that it expects even more of its revenue to come from advertising soon.

The other money maker for Twitter is data licensing. You know, the times that they basically sell you to advertisers (please do not act like you are shocked that they do this at this point).

In the first nine months of 2013, the company's top five data partners accounted for approximately 73% of its data licensing revenue, and approximately 8% of total revenue in the period.

Twitter says that it expect that data licensing revenue will actually decrease as a percentage its total revenue over time. Honestly, though, how much lower could it go? And what will replace it? More advertising revenue?

The money going out

So with all that money coming in, where is it going exactly?

The biggest expense for Twitter is research and development, which accounts for $87.3 million of the company's $232 million expenses.

Another big expense is cost of revenue, which accounts for $62.2 million. This is the cost of running Twitter's data centers and facilities.

The company also spent $61.2 million last quarter on sales and marketing, which Twitter's says it will see an increase in as it intends to "to continue to invest in sales and marketing to expand internationally, grow our advertiser base and increase our brand awareness."

The final $21.2 million is just general and administrative costs.

A recipe for disaster?

So Twitter has more money going out than going in, and it plans to actually start spending more on both research and development and marketing. Yet, it basically only has one revenue stream and that is one that is out of Twitter's control.

I know that social networks are overly reliant on advertising revenue, but Twitter barely seems to have any other way to make money. If user numbers start to plateau, or trail off a little, advertisers could easily get scared and run away.

Twitter has put itself into an extremely vulnerable position. 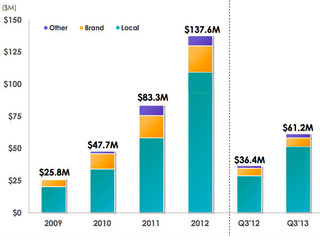