The big winner is Windows Phone, which saw a 156% increase year to year 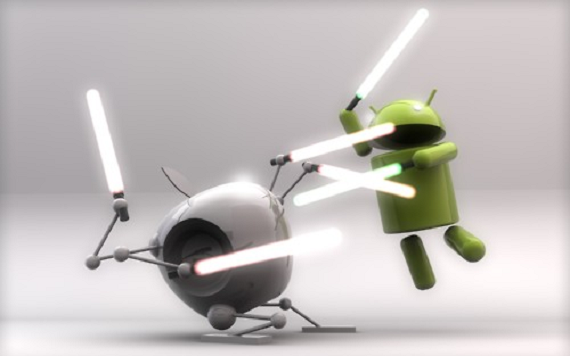 The latest smartphone stats are in. And ,while the news is not looking good for Apple, Microsoft has a lot to be celebrating right now.

First, let's cover the battle between Android and iOS for the top spot. Android, it seems, is pulling away from iOS for good.

For the first time ever, Android topped 80% in worldwide smartphone shipments, according to newly released data from  the International Data Corporation (IDC) on  Tuesday. The operating system now stands at 81%, up from the 79.3% it hit last quarter.

Still not all of the news was good for Android. As the IDC noted, "the vast majority of its vendors still struggle to find meaningful market share."

Samsung simply ate up the competition, accounting for just under 40% of the Android market. None of the other vendors could even manage double digits, with many of them not even gaining 1% of the market share.

Apple shipments did see a significant increase year to year. In the third quarter of last year it had shipped 26.9 million units, an increase of 26%. That is a record volume for the company. But that number is actually lower than the 39.9% year-over-year increase that the overall smartphone space grew in that timeframe.

So why did Apple fall? The IDC chalks it up to "soft demand in the weeks leading up to the launch of iOS 7 smartphones." But future adoption could lead to "another record quarter in terms of volumes, market share, and year-over-year growth."

While the battle between Android and iOS is still being fought, the battle for the number three operating system seems to be just about over, with Windows Phones standing triumphant over a severely wounded BlackBerry.

Windows Phone actually grew 156% year-to-year, going from 3.7 million to 9.5 million. Its market share also increased significantly, from 2% to 3.6%. The biggest beneficiary of this rise was Nokia, which accounted for 93.2% of all Windows Phone smartphones.

Obviously, there is some hope on the horizon for the company, which just a $1 billion infusion from a group of international investors, as well as a new, albeit temporary, CEO.

As the IDC said in the report, "what remains to be seen is how and when the beleaguered operating system will be able to change course in the face of mounting pressure from Android, iOS, and Windows Phone."