Microsoft co-founder on worldwide connectivity: “As a priority? It’s a joke” 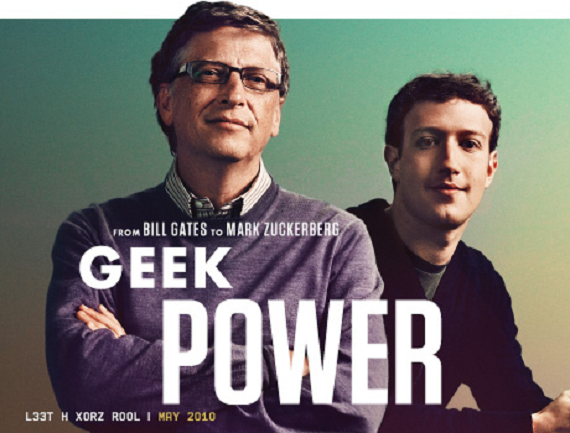 It is well known at this point that one of Mark Zuckerberg's biggest goals is to connect the rest of the world to the Internet. He has even started his own organization, Internet.org, dedicated solely to solving that problem.

Most people also probably know that Bill Gates, who stepped down from his post as the head of Microsoft almost 14 years ago now, and who has not had a full time role at the company since 2006, is now totally focused on the charity work he is doing through the Bill and Melinda Gates Foundation. Namely that involves attempting to eradicate diseases all around the world.

So guess what Bill Gates thinks about Mark Zuckerberg's goals. Yeah, not much. And he was not shy about saying so in an interview with the Financial Times this past Friday.

“I certainly love the IT thing,” Gates said in the interview. “But when we want to improve lives, you’ve got to deal with more basic things like child survival, child nutrition.”

He said that making it a "priority" for the whole world to be  connected to the Internet was, "a joke."

This is not the first time that Gates has publically taken issue with an organization that dedicated itself to increasing connectivity.

Back in June, Google revealed its Project Loon initative, uses solar powered balloons that float 20 kilometers above the earth in order to help bring the Internet to all corners of the globe. In August, Gates did an interview with Bloomberg, in which he was heavily critical of Google for not taking more important steps and priorities.

"When you’re dying of malaria, I suppose you’ll look up and see that balloon, and I’m not sure how it’ll help you. When a kid gets diarrhea, no, there’s no website that relieves that," Gates said.

Internet.org, meanwhile, will attempt to reduce both the cost, and the amount of data, in order to make the Internet afforable and accessible everywhere.

""The Internet is really the backbone of the knowledge economy. If everyone had access to those basic tools, we'd all be able to benefit from all of the innovation and creativity and ideas that everyone had," Zuckerberg has said of the project.

But to Gates, technology simply cannot solve the real problems that people are facing. At least not soon enough.

“Innovation is a good thing. The human condition – put aside bioterrorism and a few footnotes – is improving because of innovation,” he said in the Financial Times interview. But ­"it doesn’t get down to the people most in need in anything near the timeframe we should want it to”.

Comment like these obviously put Gates in contrast to where a lot of the tech world is right now. It's hard to say that he is wrong, though there should obviously be a place for both kinds of development.

If nothing else I hope that comments like these finally end the speculation that Gates would ever come back to run Microsoft when Steve Ballmer retires. It is obviously never ever going to happen.