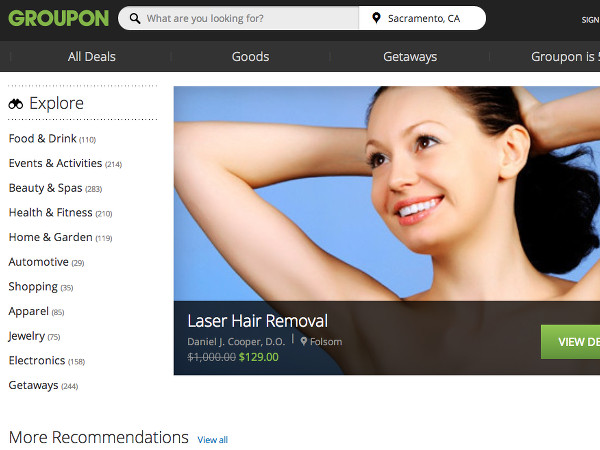 Well butter my ass and call me a biscuit. Groupon turns five today! Remember the old days, when it just served up a single deal per day? That was ridiculous. It was always like, “It’s Tuesday, time for another mani-pedi deal!”

Since Eric Lefkofsky took the helm, the platform has been steered in an entirely new direction. Today, Groupon is celebrating its fifth birthday with a website and mobile app overhaul that makes using the service much easier and cleaner. And omg it works! No joke, I just went on the site and found like, four deals that I want.

The site has been cleaned up and streamlined so that instead of seeing a hodge-podge of deals in your locale with the option of filtering, you now automatically see a grid of deals in specific categories, like beauty and spas, family deals, events and activities, and so on. Additionally, the homepage is now personalized and curated based on your specific interests and what you’ve purchased in the past.

The site also comes with enhanced search and browse, with a search bar prominently featured at the top of the page that comes with type-ahead suggestions.

And of course, considering the fact that some 50% of Groupon’s traffic comes from mobile devices (as of last quarter), the mobile apps got a facelift as well. The apps now follow you when you travel to update you when you’re near a local deal. And local deals are selected based on your current location rather than your stated home town.

And like the website, search has been made more prominent by moving the search bar to the top of the screen.

The changes fall in line with Eric Lefkofsky’s “pull” strategy, which is shifting the focus away from email and putting more emphasis on drawing the customer deeper into the platform and keeping them there through better discovery tools.

"In just five years, Groupon has grown from a daily deal website to a true online marketplace with a tremendous mobile following," said Lefkofsky, in a statement. "Our new site and mobile app makes it easier and more rewarding for customers to check Groupon first when they want to buy just about anything, anytime, anywhere."

Groupon is scheduled to deliver its third quarter earnings next week. Shares were up 6.73% Friday morning to $9.75. 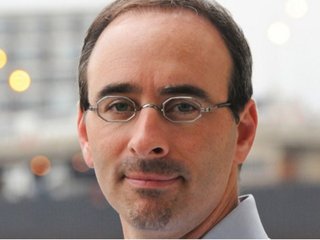