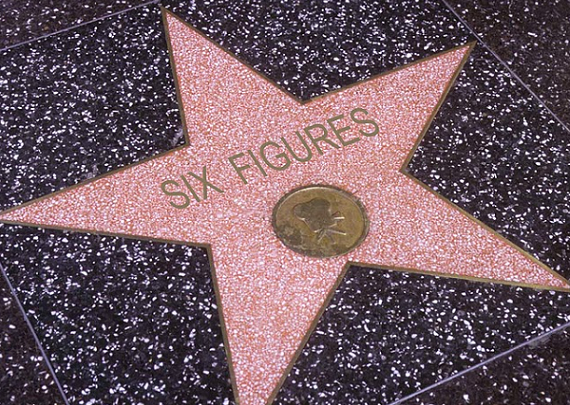 Being an engineer in Silicon Valley is lucrative. I think we all could have guessed that. But just how much do the big companies pay the people who keep them going behind the scenes?

Job community website Glassdoor has the answer. And it just might make you want to rethink your life choices, as every single one of the top 25 companies is paying out salaries in the six-figure range.

The data us based on more than 33,000 salary reports complied in 20 cities over the past year.

Other notable companies included eBay in 13th place, Amazon in 14th and Microsoft in 18th. The 25th highest salary was for engineers at Qualcomm, who still make $101,094.

For Twitter, paying such a high salary could have a very nice upside in the coming months after its IPO.

As we all know, Twitter is going public soon, and so it risks losing employees when they are able to cash out. The company has been taking steps to prevent this, including giving out stock grants, which will vest over four years, to key employees it wants to retain.

But paying a better salary than most other companies will certainly give it a leg up against the competition.

And hiring, and retaining, engineers are a key part of the company's growth, as Twitter pointed out in its amended S-1 filing with the Securities and Exchange Comission earlier this week.

"We face significant competition for employees, particularly engineers, designers and product managers, from other Internet and high-growth companies, which include both publicly-traded and privately-held companies, and we may not be able to hire new employees quickly enough to meet our needs," the company wrote.

"To attract highly skilled personnel, we have had to offer, and believe we will need to continue to offer, highly competitive compensation packages."

In fact, Twitter values its engineers so much that Christopher Fry, Twitter's Senior Vice President of Engineering, makes almost as much as CEO Dick Costolo does.

That is a difference of less than $1.2 million.

The lesson: it can pay almost as much to be the guy running things behind the scenes as being the guy in front of the cameras.

Oh, and that I definitely picked the wrong career.