Google has permission to use your photos in its ads 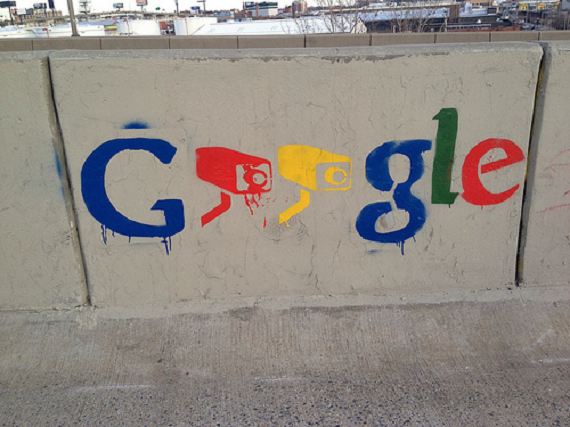 Google has just updated its terms of service, and I can already feel the backlash beginning.

Taking a page out of the Facebook and Instagram playbook, Google announced on Friday that it would begin to place its users photos,  reviews and +1's in its advertisements.

Google is calling these new advertisements "shared endorsements." Here is how the company explains it:

"We want to give you – and your friends and connections – the most useful information. Recommendations from people you know can really help. So your friends, family and others may see your Profile name and photo, and content like the reviews you share or the ads you +1’d. This only happens when you take an action (things like +1’ing, commenting or following) – and the only people who see it are the people you’ve chosen to share that content with."

So, for example, if a user searches for a restaurant, they might see a review written by one of their friends alongside an advertisement for a local establishment, along with that person's picture.

Fortunately for all of those who value their privacy, Google does allow users to opt out simply by going to the Shared Endorsements setting page and uncheck the box that says "Based upon my activity, Google may show my name and profile photo in shared endorsements that appear in ads."

Google also makes it clear, though, opting out will not mean that the users name and photo will never be used for a shared endorsement. It just won't be used in an advertisement.

For example, if the user shared a music recommendation, their name and photo can still be displayed in the Play Store. And the only way out of this is to begin "deleting the activity or changing its visibility settings."

Google also notes that users who are under 18, as well as those who "previously told Google that you did not want your +1’s to appear in ads" will not be affected by the change.

Privacy settings that incorporate user data seem to be becoming more common these days. Networks, that have accumulated tons of data about millions, or even billions, of people are now looking to put it to good use.

But the people have made it clear that they are not comfortable with having their pictures displayed all over the Internet without their permission, and have even filed lawsuits to stop it.

Facebook was sued when it started to incorporate its users name and image in advertisements on the site without permission. In the final approval of the settlement in the class action suit, Facebook was forced to pay out $20 million.

And then, almost immediately after that, Facebook proposed changes to both its Data Use Policy and to its Statement of Rights and Responsibilities in order to clarify exactly how the network uses the data uploaded to the network by its users.

The company made it clear that is not going to stop using user generated data; rather it is just going to rewrite its policies to make sure that users are absolutely clear that it can.

"As part of this proposed update, we revised our explanation of how things like your name, profile picture and content may be used in connection with ads or commercial content to make it clear that you are granting Facebook permission for this use when you use our services," Erin Egan, Chief Privacy Officer, wrote in a blog post.

Translation: get ready for your name and photo to start appearing on Facebook ads without any recourse.

Some advocacy groups are already appealing that $20 million settlement, saying it paid more to the lawyers in the case than the users in question.

The backlash was so swift and fierce, and got so bad, that Instagram CEO Kevin Systrom actually wrote a blogpost just a week later apologizing to users, promising that the company would be reverting back to its original terms of service.

So what is the solution here? Is it as simple as allowing people to opt out? Or will people still be angry about Google using anybody's photos and information for monetary gain?

I can almost guarantee that there will be some blowback against this move. I guess we'll see if the opt out option softens it at all.