Pinterest to beef up monetization with new article pins

Article pins will now be easier to both find, read and to save for later 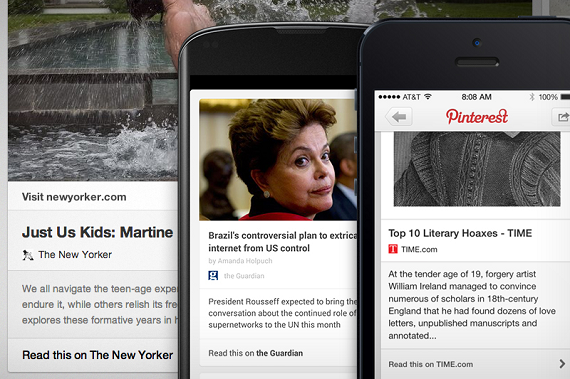 Over the past year, Pinterest has been a lot of effort into strengthening its relationship with brands and businesses. That process included adding more of their information into pins, and it culminated last week with the announcement that it is going to start showing ads in some of those pins.

Now Pinterest is going to start to do the same thing for publishers as Pinterest is adding new information to article pins, including the story's headline, author, description, and a link back to the original post, it was announced on Tuesday.

There are over five million articles that are pinned every day, according to Pinterest, and this extra information will make them easier for users to find. If it increases traffic, that will make them more attractive to advertisers.

"We’re always looking for ways to make pins more useful so that when you discover and pin something great, it’s easy to act on it, whether that’s cooking a dish, watching a movie, buying a new gadget or reading an article," Jon Parise, Software Engineer at Pinterest, wrote.

Parise compares the new article pins to the updated recipe, movie and product pins that Pinterest introduced back in May.

The product pins began including pricing, availability, and where to buy for brands that included eBay, Walmart, Target and Sony. The recipe pins added cook time, ingredients, and servings from such sites as Bon Appetit, Good Housekeeping,, Real Simple, and Whole Foods Market. And movie pins added information such as content ratings and cast members from Flixster, Netflix and Rotten Tomatoes

In addition to the new information in the article pins, Pinterest is also adding a couple of new features to make reading them easier as well.

First, knowing that sometimes there just isn't time to read an article at the moment you see it, Pinterest is allowing users to save article pins for later by adding the Pin It button to their browser to create their own collection.

Some of publishers that are already pinning articles include The New York Times, Wall Street Journal, Rolling Stone, The New Yorker, BuzzFeed and Huffington Post

The point of making article pins easier to use, of course, is to increase engagement to make money off these pins with advertisements, which will begin to pop up soon  in search results and category feeds.

The example, that Pinterest gave was a pin for a Darth Vader outfit from a costume shop might be promoted in a search for “halloween.”

Despite all of ther avenues that have been tested, including e-commerce, advertising remains the main source of revenue for social networks. In its latest earnings report, Facebook's revenue from advertising was $1.60 billion, or 88% of its total revenue for the quarter.

Pinterest advertisements are still in the testing stage (in fact they aren't even being paid for them yet) but I don't expect that to last long. 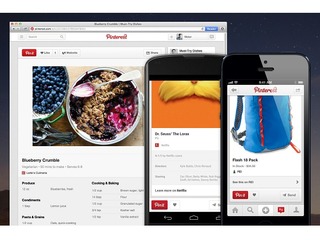 Pinterest adds more info into pins, puts them on mobile