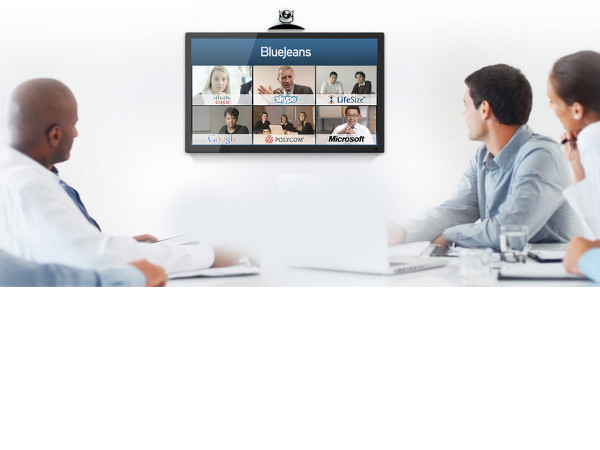 As more companies have employees working remotely, getting everyone onto the same call can be quite the ass pain. There’s always one person who doesn’t mute their line, or one person who is barely audible, or one person whose line keeps cutting in and out. Wouldn’t it be super awesome if everyone could just call in from whatever platform works best for them?

Omg you can! –With Blue Jeans, an interoperable cloud-based video conferencing service that we covered last year when the company raised $25 million in a Series C round. Blue Jeans announced Wednesday that it has raised $50 million in a new round led by Battery Ventures, bringing the company’s total raised to more than $100 million. Existing investors Accel Partners, NEA, and Norwest Venture Partners also participated in the round.

The service allows people to check into conference calls from virtually any device and system.  Users can connect via room systems like Cisco TelePresence and Vidyo, desktop systems, video software like Cisco, Skype, Microsoft Lync, or Google Video Chat, mobile video software like Skype, and more.
When we last checked in with Blue Jeans, the company had just opened up Web browser access to the platform, meaning users who don’t want to use Skype, Google Chat, or some other system can now join a call directly from their Web browser. CEO Krish Ramakrishnan says that the addition of the Web browser access expanded the Blue Jeans network to an estimated 3 billion people who have access to just a browser and a camera.

“This extended reach has been a key reason for the amazing growth we’ve seen in the service.”

The platform has recently exceeded 2,000 businesses and 3 million participants consuming more than 100 million minutes on the Blue Jeans platform. By comparison, the platform was serving just 250,000 participants a little over a year ago.

Ramakrishnan says that approximately one-third of all meetings held on the platform have at least one mobile device connected to them.

The company has been making a big push to expand in recent months. In addition to its Mountain View headquarters, the company now has offices in Orange County, Chicago, Atlanta, San Francisco, and Australia. Blue Jeans also has plans to expand to Europe soon.

The company plans to use the capital from this round to invest in sales and marketing, as well as its product roadmap and its global expansion plan.

Check out the amazing Office Space parody ad below. It's seriously worth the two and a half minutes of your day. But it will probably make you want to watch Office Space during your next conference call. 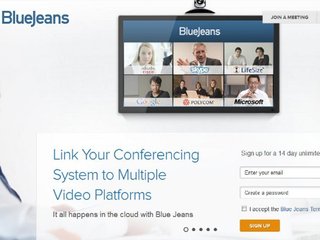