Pope Francis now reaching out to youth with selfies? 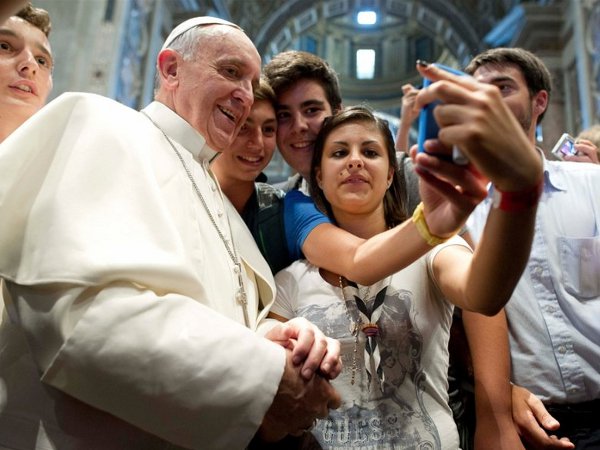 The new Pope Francis is decidedly way cooler than his predecessor, Pope Benedict XVI. That being said, it really doesn’t take much to be a “cool pope.” Set up a Twitter account, maybe a Facebook page, say you’re sort of, almost okay with gays, and poof—you’re a “cool” pope who “gets it.”

Now, Pope Francis has taken “cool popery” to the next level with the very first pontifical selfie.

To be clear, the Pope did not take the selfie. That would be too cool, bordering on hip, which would make him suspiciously relatable. 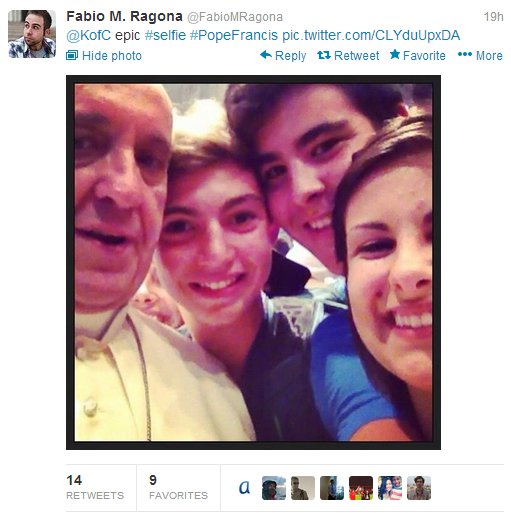 No. The selfie in question was taken by a group of youths from the Italian Diocese of Piacenza and Bobbio.

The church has been making headway in the digital scene over the last few years. The Vatican got a YouTube channel back in 2008, and in 2009, it launched its Facebook application “Pope2You,” which has since been disabled. At one time, there was even a Papal iPhone app—H2Onews, where you could get all your popey news on the go. It looks like it’s since been shut down.

After Pope Benedict XVI stepped down in February, it was looking like all the Catholic church’s social media progress was about to crumble. The Facebook app Pope2You was disabled, as was the Pope’s Twitter account, Pontifex. But the Twitter account was later revived to announce the election of the new Pope, Jorge Mario Bergoglio of Argentina—also known as Pope Francis. (Nothing excited my mother more than a Jesuit becoming Pope. Not even the birth of her first grandchild.)

Pope Francis was announced via a tweet that read “HABEUM PAPAM FRANCISCUM.” Less than two hours after the tweet was sent, it was retweeted more than 58,000 times, and the account gained over 100,000 new followers.

The Pontifex account has sent out 15 tweets in the month of August alone. They appear to be sent out every other day.

Pope Francis’s predecessor, Pope Benedict XVI, was the first pope in the church’s history to resign. His last day was February 28, which he celebrated with one final tweet: "Thank you for your love and support. May you always experience the joy that comes from putting Christ at the centre of your lives.”

The Catholic Church’s digital outreach efforts have been mostly geared toward connecting with young Catholics, who have been dwindling in numbers. What better way to connect with young people than through selfies?

This week, a new Tumblr revealed the true dark side of humanity. Selfies At Serious Places shows teens and young adults taking obnoxious selfies at the Holocaust Memorial, Anne Frank’s house, the Auschwitz gas chambers, the 9/11 Memorial, Chernobyl, and more. Proceed if you dare, but be forewarned, it’s intensely depressing. You will be confronted with douchebags like this one: 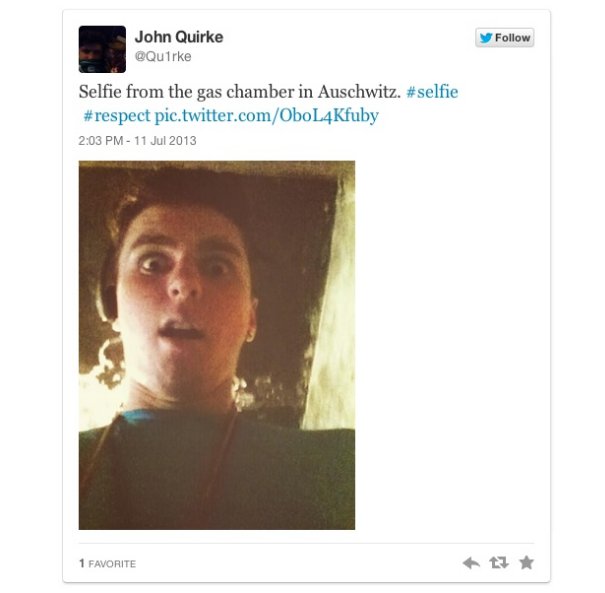 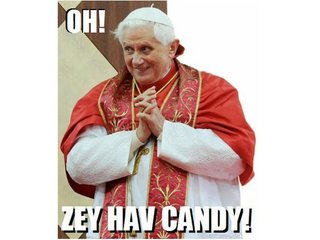 What in God's name (lol) is the pope going to tweet? 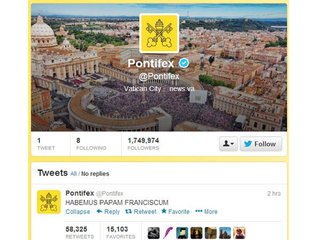 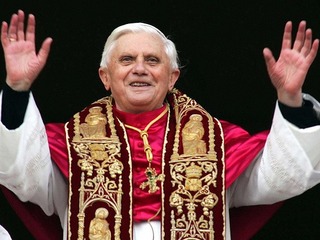