Ballmer has been CEO since January 2000, when he took over for Bill Gates 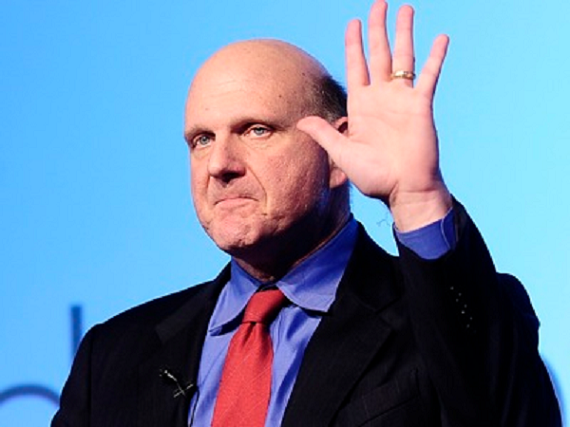 Big news in the tech world: one of the biggest companies in the world is about to get a new CEO.

Microsoft CEO Steve Ballmer will be retiring within the next 12 months, once a successor is chosen, he announced Friday morning. News of his retirement sent Microsoft shares up more than 7% to $34.75.

So why pick now to step down after 13 years in the role? Ballmer points to the massive reorganization the company recently announced, and the need for someone to oversee that transition over the long term.

"There is never a perfect time for this type of transition, but now is the right time,” Ballmer said in a statement. “We have embarked on a new strategy with a new organization and we have an amazing Senior Leadership Team. My original thoughts on timing would have had my retirement happen in the middle of our company’s transformation to a devices and services company. We need a CEO who will be here longer term for this new direction.”

The point, Ballmer said at the time, was to get everyone at the company on the same page; to create "One Microsoft" that focuses on hardware rather than software. It is a new direction for the company, and one that he will no doubt want his successor, whoever it turns out to be, to continue.

Ballmer, who took over the role of CEO from Bill Gate in Januarty 2000, also sent a note to Microsoft employees, explaining his decision.

"This is a time of important transformation for Microsoft. Our new Senior Leadership team is amazing. The strategy we have generated is first class. Our new organization, which is centered on functions and engineering areas, is right for the opportunities and challenges ahead," he wrote.

"Microsoft is an amazing place. I love this company. I love the way we helped invent and popularize computing and the PC. I love the bigness and boldness of our bets. I love our people and their talent and our willingness to accept and embrace their range of capabilities, including their quirks. I love the way we embrace and work with other companies to change the world and succeed together. I love the breadth and diversity of our customers, from consumer to enterprise, across industries, countries, and people of all backgrounds and age groups."

He is retiring, Ballmer said, because it is "in the best interests of the company I love."

"Microsoft has all its best days ahead. Know you are part of the best team in the industry and have the right technology assets. We cannot and will not miss a beat in these transitions. I am focused and driving hard and know I can count on all of you to do the same. Let’s do ourselves proud."