Syntellia is the company behind Fleksy app, which was designed to help blind people type accurately 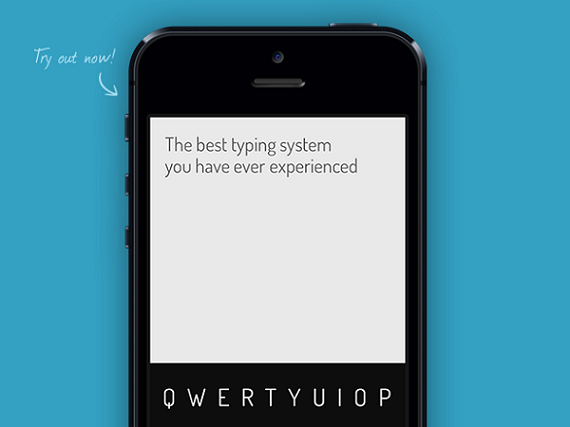 The funny thing is that everyone pretty much knows that this is true, and yet we accept it because what else are we going to do?

Thankfully, not everyone is content to just put up with it though, and there are a bunch of new apps that have been trying to come up with a way to make virtual typing better, easier and faster.

One company is Syntellia, the maker of the Fleksy app, a virtual keyboard that aims to make typing on a touchscreen as easy and natural as it is on a physical keyboard on a laptop. The company has now raised a $3 million Series A financing round, it was announced Tuesday.

Syntellia had previously raised a $900,000 seed round in October.

The funding came from Highland Capital Partners, Kleiner Perkins Caufield & Byers, Middleland Capital and other institutional and angel investors. This financing happens to be Highland's first investment under its Leap Fund, which was established earlier this year in order to support entrepreneurs and companies that are developing experiences that aim solve human scale problems.

The company says that it plans to use the new funding to expand Fleksy's Android beta. It is currently available for download in the App Store.

Founded in 2011, the San Francisco-based Syntellia initially launched Fleksy as a way to help blind and visually impaired users become better virtual typers. The app uses a predictive-text engine that will accurately predict what word a users was trying to type, even if they get ever letter wrong.

Here is how the company explains it on its website:

"Fleksy allows users to type text on the familiar keyboard layout, by tapping on the screen. Our patent pending technology does not need accuracy – just tap on the screen and Fleksy will automatically detect the text you meant to enter – even if you have missed every single key."

To really get a hang of how Fleksy works, you really have to try it out. I downloaded it, and it took me a little bit to get the hang of it. But once I tried it with my eyes closed, it really does work, for the most part. I'm not the best typist in the world, and it still knew what I wanted to write almost every time.

Fleksy has won numerous awards, including Best of App Store 2012 apps by Apple, a CES Design and Engineering Honoree, a SXSW Interactive Accelerator winner and a Wall Street Journal Startup of the Year finalist.

"Current solutions require too much user concentration while typing. Our goal is to make everyone more productive by offering an experience that just feels right," said Kosta Eleftheriou, Founder & CEO of Syntellia, said in a statement.

To get a better understanding of how Fleksy works, check out the video below: