An upstart film highlighting the need for change 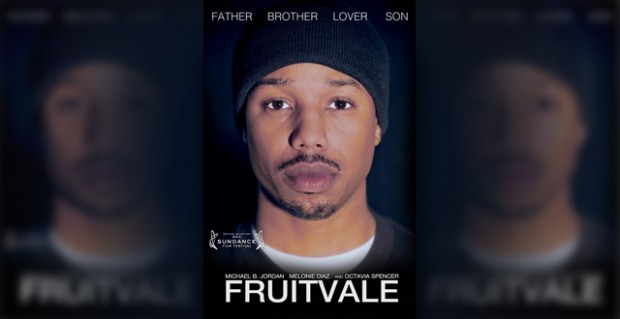 I just watched the movie Fruitvale Station with Ezra.

Often movies that get a lot of hype end up falling short of expectations. But this movie lived up to the hype and more. Truth be told, it’s an independent film on a low budget, making it less of a big Hollywood production, and more of an upstart movie. For that reason and the fact that the director is 27 years old and this is his first feature film, possibly softened any critique I might have had.

Whatever my context is, I still applaud this movie. Here’s why.

Fruitvale Station isn’t about prejudiced white cops killing African-American males. It's not an indictment of our judicial system or about corruption in the police force. It’s about the socioeconomic circumstances that create these moments of horror.

It’s about unfortunate people with little to no support (despite having lots of love) who live in an environment conducive to violence – often unintended.

It’s as Ryan Coogler, director and writer of the critically-acclaimed film, said: It's a movie about “the loss potential in this young man’s life" because of where he was from.

Fruitvale Station is a profound, true story of a 22-year-old black male, Oscar Grant, whose life tragically ends after being wrecklessly shot by a transit cop at an Oakland, Calif. station. Coogler does an amazing job developing Grant's character, which is as flawed as it is endearing: He's a convicted drug dealer who cheats on his girlfriend, but who also has deep love for his daughter and mom and is trying to make an honest living. It is only in our intimacy with Grant can we begin to understand how harrowing this story is. There are many Oscar Grants left in this world, and often they're ignored.

That is the message that Coogler tried to convey with one polarizing scene showing Grant hugging a dying pit bull that just gets hit by a speeding car. The scene was received by some as manipulative, as though Coogler wanted to portray Grant in a more favorable light. But that reaction was inconsequential to Coogler's intent.

"There's a commonality with us and pit bulls -- often we die in the street," said Coogler, in an Huffington Post interview.

Indeed, this was the film's main focus.

Coogler didn't even attempt to prove or disprove the intentions of the transit cop, who claimed he was reaching for his taser when he accidentally picked up his gun and shot Grant in the back. "I wasn't interested in that, for the film," Coogler said, in the same HuffPo interview, when asked what he thought really happened. "I think it's pointless to ask that question, do you know what I mean? Only one person knows what really happened and that's the one who did it. You can research the case and what was said -- there are arguments on both sides. All I was interested in was the film."

At the end, you're left wondering, "Who's to blame for this tragedy?"

You can't really blame the police officers. If you were a cop in Oakland - a city that sees roughly 150 homicides each year - you would be emotionally-wound up and scared.  Who can you trust?

You also can’t blame the kids (20-something-year-olds) who were brought in an environment where being tough is a prerequisite to survival.

What I took away from the movie was we need to reduce the probability of these situations occurring through economic development in Oakland.  We need to raise the platform of opportunity, we need to change the context.

Economic development isn't just about startups and venture investing. But it is the world I know. And Ezra and I are amazed to see how much money pours into areas right outside of Oakland, which in turn helps their local economy. Some stats Ezra found show that in 2012 San Francisco received roughly $3.5 billion in direct venture investments, Palo Alto alone saw roughly a billion dollars. Oakland was a couple hundred million. Basically nothing.

Yet Oakland has arguably a better climate, better transportation and infrastructure, greater diversity, three professional sports teams, and access to top talent with a world-class university right next door.

Ezra and I believe the conditions are right to change the Oakland context – and thereby reduce the probability of incidents like that at Fruitvale station.  Oakland can compete, it just needs to figure out how.

As a relatively recent East Bay transplant, I’ve come to really enjoy Oakland – it’s a cool city – there’s potential here, we just need to think about it like a startup and get to work.

For more insight, here's a good interview with Ryan Coogler and Gwenn Ifill.