Yelp is going strong, but could Google dismantle its hold on local commerce? 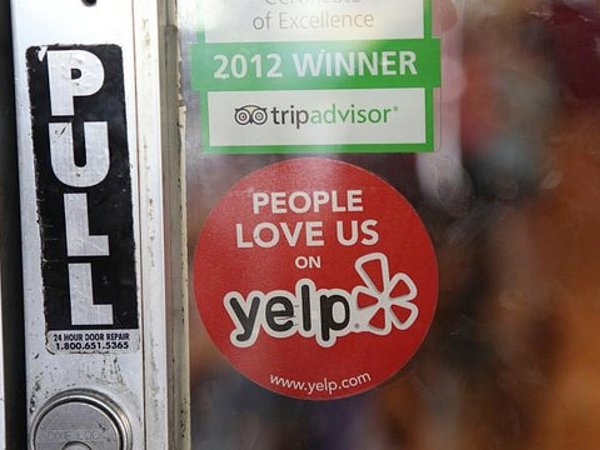 Yelp shares soared 23.47% to $51.61 Thursday morning after the company killed it in the second quarter.

"Yelp's existing revenue playbook continues to show signs of operating expense leverage, and the addition of new transaction-oriented products/assets (Call-to-Action, Platform, SeatMe) may help drive advertiser adoption by highlighting the value of increased visibility on the Yelp platform (and could diversify Yelp’s business should any become meaningful revenue streams in their own right)," said Macquarie analyst Tom White in a research note.

But there's a caveat: "As for risks, we still have some lingering questions about the pace of Yelp’s International monetization as well as the potential for eventual disintermediation by Google – both of which keep us on the sidelines for now."

Google unveiled Google Carousel, its new search tool for local businesses, in June. For now, it looks like Google Carousel is limited to restaurants and bars, but will likely expand to other types of businesses in the future. When a user searches for something like "sushi restaurants in Mountain View," a grid will appear at the top of the search results with a list of nearby restaurants, consumer reviews and ratings, and where those restaurants are on the map.

Yelp claims that it hasn't seen any engagement impact from Google Carousel so far.

Some other interesting tidbits: a recent study by Nielsen found that when customers find a local business on Yelp, 89% make a purchase within a week. Earlier this month, the company launched Yelp Platform to allow customers to transact with businesses directly on Yelp. It also launched the Call to Action feature that allows advertisers to promote a desired transaction directly on their Yelp business listing.

And in July, Yelp acquired the restaurant and nightlife reservation solution SeatMe.

"We are very pleased with our performance this quarter, with revenue growth accelerating to 69% year over year," said Yelp CFO Rob Krolik, in a statement. "This was driven by record results across all our key financial and operating metrics. We also saw considerable leverage in our business model with nearly a 400% increase in adjusted EBITDA as compared to last year." 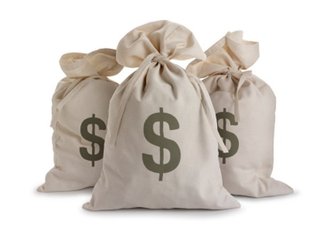 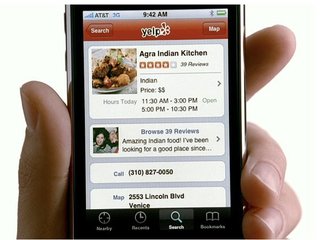