After yet another woman undergoes threats of rape, network petitioned to fix reporting system 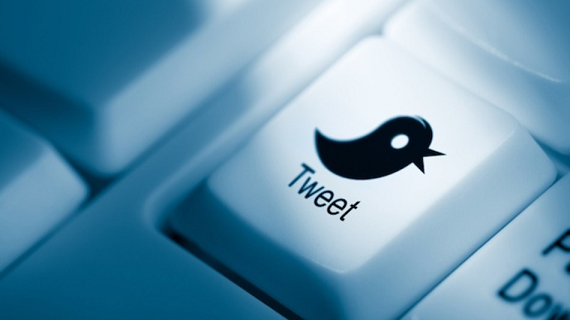 I can't believe I even have to write these words but, here goes: nothing a woman has ever done, or ever could do, would justify her being raped. NOTHING. Not one thing. Ever. It's such a simple idea, yet the Internet really just does have the toughest time understanding this concept for some reason.

And because of that we have to have stories like this: Twitter has recently come under fire in England after Caroline Criado-Perez, a freelance journalist, was barraged with a series of rape threats following her successful campaign to get Jane Austen's face onto the 10 pound note.

Yes, you read that right: Criado-Perez,  who is also the co-founder of thewomensroom.org.uk and the Week Woman blog, helped lobby the Bank of England to get the 19th century author to replace Charles Darwin on a piece of currency. And, for that, some people decided that she deserved to be raped.

This is not the first time Twitter has had to deal with an incident like this: the same thing happened to Adria Richards earier this year. This time, though, the British people are actually putting some pressure on Twitter to do something about it.

A petition was started by a woman named Kim Graham to get the social network to add a "report abuse" button to the site. This is something that would, of course, not stop these types of attacks from happening, but at least allow those being attacked to have some recourse.

Here is the full note Graham wrote on her petition, directed at Twitter:

"During a 12 hour period, Caroline Criado-Perez was targeted repeatedly with rape threats. Caroline attempted to stir a response from Mark S. Luckie, Manager of Journalism and News on Twitter. His response was to lock down his account.

But abuse on Twitter is common; sadly too common. And it frequently goes ignored. We need Twitter to recognise that it's current reporting system is below required standards. It currently requires users to search for details on how to report someone for abuse; a feature that should be available on each user's page.

It is time Twitter took a zero tolerance policy on abuse, and learns to tell the difference between abuse and defence. Women standing up to abuse should not fear having their accounts cancelled because Twitter fail to see the issue at hand.

The report abuse button needs to be accompanied by Twitter reviewing the T&C on abusive behaviour to reflect an awareness of the complexity of violence against women, and the multiple oppressions women face

The petition, which was started two days ago, already has 52,283 signatures and counting.

All social networks have to deal with this kind of garbage on their sites; it's part of what comes from giving people an open forum. But it's how the network handles these incidents when they come up that will affect how their users react.

The network subsequently promised to update its user guidelines, and it also recently announced that it will be taking steps to ensure that a brand’s ad will not be displayed on any ad featuring offensive content.

For example, ads will now be restricted from pages and groups that contain violent, graphic, or sexual content, even if it doesn’t violate Facebook’s community standards. So, as Facebook pointed out, while a page selling adult products was once eligible to have ads appear on the right-hand side, now it won’t.