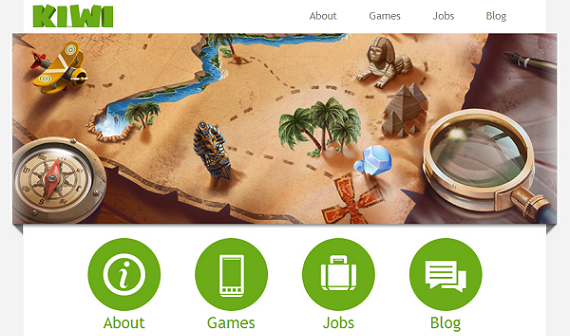 The round was led by Sequoia, which was represented by Alfred Lin, and AdMob founder Omar Hamoui. Guitar Hero co-creator Charles Huang and SV Angels also participated in the round. This is the first money that Kiwi has raised.

The new funding will be used to ramp up development, Omar Siddiqui, CEO of Kiwi, told me in an interview.

Our funding has allowed us to ramp up Kiwi's development and build it into a defining force in the Android market. We envision Kiwi continuing to play a significant role on Google Play as a creator of exciting original content, and also emerging as a leading mobile entertainment company across multiple platforms with its titles," he said.

"Our partnership with Sequoia gives us the resources to keep executing and aspire to build a leading mobile entertainment company."

Kiwi develops games for the Android platform. Some of its titles include Shipwrecked, Brightwood Adventures and Enemy Lines. The company’s most recent release, Mystery Estate, a mystery-themed hidden object game, was showcased by Google at its Nexus 7 product announcement for its graphics. Four of the company's titles have achieved Top 25 Grossing ranks on Google Play.

Of course, there are many, many game developers out there. So what sets Kiwi apart from all the rest?Innovation and experimentation, Siddiqui told me.

"We see three areas that set us apart: our focus on high-quality, character driven, immersive game play, our team's years of experience in applying popular game mechanics in innovative formats on mobile platforms, and our constant efforts at experimentation and optimization of our games on an on-going basis during their live operations after they are launched," he said.

Founded in August 2011 and headquartered in Palo Alto, the company currently employs 160 people.

While Siddiqui would not reveal how many total players the company has, he would say that its "titles regularly get more than a million downloads" and that the growth the company has been seeing with users "has been massive, and very much in line with the growing success of the Android market."

Ultimately, he told me, Kiwi's mission it to make "delightful games" and to be one of the leading companies on the Android platform.

"More than 50% of smartphones sold in the US are Android phones--around the world, that number is more than 70%. Our focus over the past two years - since even before Android had the numbers in its favor - has been on building high quality games for Android users, and going forward, we hope to continue to apply the expertise we've built to continue to delight Android - and more generally - mobile users," said Siddiqui.