The new, revitalized Yahoo is looking for a trendier space to reflect the new cuture 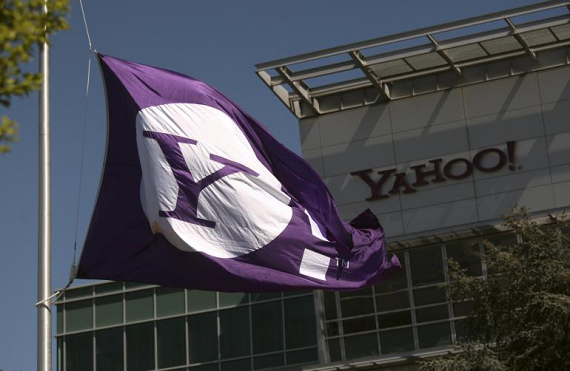 Back in May, when Yahoo was announcing the overhaul of Flickr, the company also snuck in another piece of news: it was opening a new office in the heart of Times Square.

A few months later, it looks like Yahoo is relocating to another major city as well.

Yahoo is looking for a new office space in San Francisco, it was reported by AllThingsD on Friday. While Yahoo already currently has a space in the city, on Sansome Street, it is apparently looking to move to a trendier space near Market Street.

The company is reportedly looking at the San Francisco Chronicle building, which is located on 5th and Mission Street, the building that currently houses the offices of mobile payments company Square. Sources told AllThingsD that talks to move into the building are "in advanced stages."

The main headquarters of Yahoo are in Sunnyvale. Vator has reached out to Yahoo to confirm this report, but the company was unavailable for comment. We will update if we hear anything more.

Yahoo moving to a trendier office space makes sense, as it would seem to fit the new image of the company under Marissa Mayer. In her one year and change as CEO, she has been able to transform the company from one that had the image of where start ups went to die, to a company that seems like it is on the way up, and one that people actually want to work for.

This has included the redesign of a slew of outdated products, including Flickr, The Homepage, Yahoo News and Yahoo Mail.

It has also meant buying up a slew of start ups.

In the last year she has driven the acquisition of 17 companies, including Summly for $30 million, Xobni for $48 million, and Qwiki for $50 million. And of course, the biggie, Tumblr, for $1.1 billion—Yahoo’s biggest acquisition in 14 years.

The acquisitions have been significant because they’ve all been in mobile and social. The Tumblr acquisition is particularly significant because it puts Yahoo right in front of the eyeballs of the teen crowd—the group that is known for driving the latest trends. Mayer is essentially revamping Yahoo and the Yahoo brand as a mobile/social innovator.

She has even been able to sway wary investors with her plans for the future of the company.

Despite the fact that revenue from advertising—Yahoo’s core business—was down, as was revenue from search, in its latest earnings report, shares of Yahoo still shot up when she talked about what is in the pipeline for the company, namely video.

“Expect to see us making investments in video over the next year,” said Mayer.

While acquiring content will be on the agenda, said Mayer, Yahoo will also be focusing heavily on original content. The company has an original lineup planned for this fall.

Thanks to Mayer, Yahoo is a company on the grow. And a new, revitalized Yahoo needs a space that reflect the new culture.