Messaging app has doubled its userbase in the last six months

That number, which was announced Monday, would make for a noteworthy piece of news no matter what the circumstances, but it becomes even more impressive when you realize that the company reached 100 million users back in January.

That means that Line has doubled its users base in around six months, and it has added 50 million of those users since the beginning of May. That is some mighty impressive growth right there. 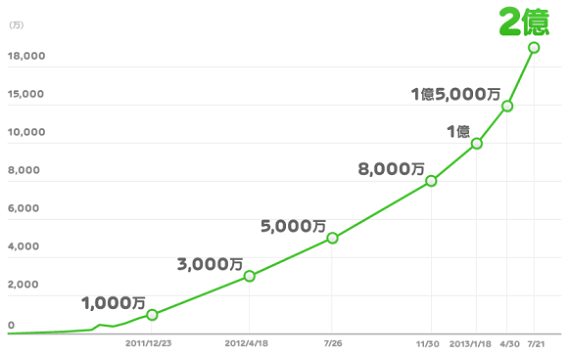 Launched in June 2011, Line is a smartphone app that allows users to make free calls and messages to one another, both nationally and internationally, regardless of which mobile network provider they are using. Users can make  free voice calls on iOS, Windows Phone, and Android over 3G, 4G and Wi-Fi.

If there is an American equivalent to Line, it would probably be Tango, the all-in-one social networking app, which allows users to text, call, video chat and play games with each other for free.

Line's features include instant translation service; Official Accounts, which enable users to interact with famous public figures; Timeline and Home, which allows user to share recent updates with friends; and emoji, or stickers, that customers can purchase and use to communicate with one another as well as personalize their user profiles.

In addition to its messaging app, Line also offers both a camera app, as well as games. Within ten months of its release, Line Camera was downloaded 20 million times and is currently the top camera app in 27 countries around the world.

In March, Line announced that its games had been downloaded 100 million times.

The Line Game service, which was launched in July 2012, lets gamers connect with each other via the Line app. They can play games with each other and share their scores, based on rankings, with their friends.

Line is available in Asia, Europe and North America, and the company now says that it is seeing significant growth, particularly in countries in Southeast Asia and Latin America, such as India, the Philippines, Spain, Brazil, Mexico, Colombia, Argentina and Peru. 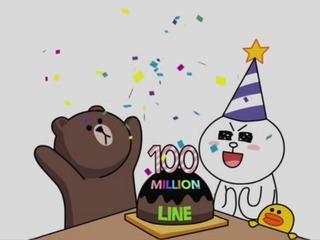 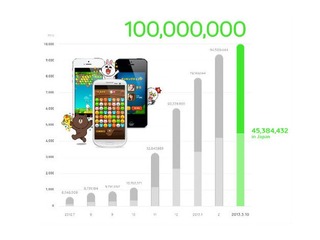