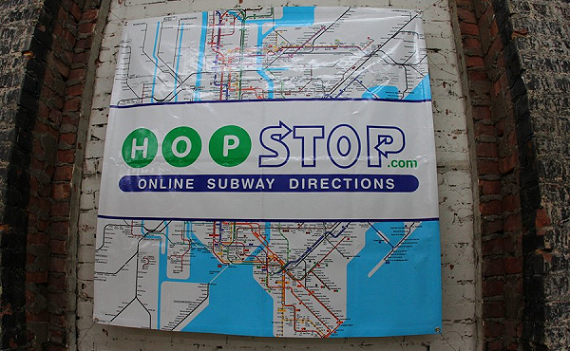 Apple is fully committed to improving its much derided Maps app, making two acquisitions in that department on the same day.

The news was first reported by Bloomberg, then confirmed to AllThingsD on Friday.

“Apple buys smaller technology companies from time to time, and we generally do not discuss our purpose or plans,” an Apple spokesperson told AllThingsD.

Vator has reached out to Apple for independent confirmation, and we will update if we hear more.

By buying HopStop, Apple might be fixing one of the glaring problems with the initial rollout of the app: the lack of public transportation directions.

But there might be another reason that HopStop was so intriguing to Apple; in April, the company launched HopStop Live!, a social navigation platform that allows public transportation riders to contribute, receive and share real-time transit information about stations, lines and transit systems.

And, as I'm sure you know, Apple has been very very interested in getting its hands on a crowd-sourced transit app.

Apple was one of the companies that expressed interest in buying Waze, an app that encourages drivers to get into their cars and share driving conditions and experiences with other members of the online community. In return, Waze provides real-time information on the circulation and short-cuts, while making suggestions for stops along the way.

It was said that Apple even made an offer for the company, one that Waze was rumored to have turned down, though Apple CEO Tim Cook insists that no bid was actually made. Either way, the company was sold to Apple's rival Google in June for a  reported $1.3 billion on the company.

It then came out that Apple had filed a patent in December 2011 for its own Waze-like app, which would work by having a user put in a start point and an end point. The app would then give them multiple routes to get from point A to point B, which they can choose based on user ratings. Ratings can include certain characteristics, such as one that is more scenic.