Founder of Floodgate on choosing entrepreneurs who think exponentially 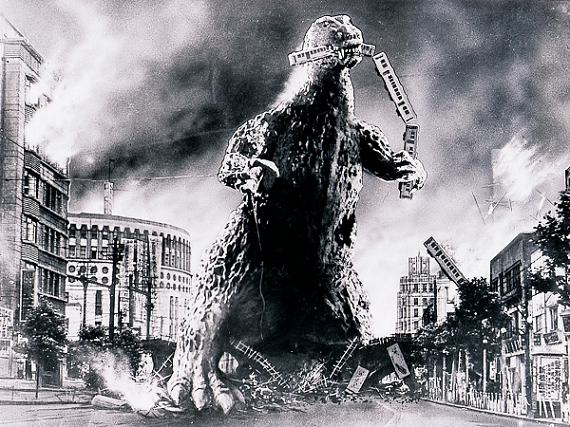 Thunder lizards, a term he has spoken about in the past, came from watching Godzilla, and is used to describe huge startups that came from nowhere and then did legendary things, disrupting the world around it

"To me, it's all about the thunder lizards. To me the “high tech business is one of exceptionalism. Period, the end.”

And, in the past seven or eight years, the capital requirements to start a company have collapsed, has allowed "little guys" like Maples to invest in thunder lizards.

The second term, exponential entrepreneurship, on the other hand, is a new idea that Maples has come up with (and one that he admitted he is still forming). It has to do with, essentially, what makes a thunder lizard. What are the conditions that allow such a powerful company emerge to disrupt an industry?

Maples had some ideas about that, which he broke it down to three different parts. In this article we will look at the first part of his presentation: two laws, which, if leveraged in the right way, can create a great company.

The first law that he spoke about is called Moore's Law, and it states that the performance of computing doubles at the same unit cost every 18 months, no matter what.

"A lot of people know Moore's Law and they blow right past it because its so obvious and fundamental. But Moore's Law, to me, animates the magic of tech industry," said Maples.

There have been bubbles all the time, he said, like financial services bubbles, mortgage bubbles and Internet bubbles. "But the thing thats true about our industry, that I've never seen in any industry, ever, and I can't think of any industry like this in human history, is we get to ride the wave of doubling performance every 18 months."

And that guarantee, "no matter how powerful any company is in the world, there will always be a startup, some day, along the line, that can disrupt their incumbent advantage."

Basically, Moore's Law guarantees that every company will eventually be replaced by another one, and that there will always be an opportunity for a young company to displace an older one.

The second law, known as the Power Law, says "the biggest outcome is be bigger than all the others combined."

But what does this mean? That just one investment can make all the difference.

For example, Maples invested in Twitter, which is now worth 250 times what he initially invested, and so none of his other investments matter. It changes the dynamics of an entire portfolio.

"What I find to be the most important question for any start up is: Can I leverage the asymmetric power of Moore's Law to create one of the 10 best companies of the year?"

This, he said, is the "objective function" of an entrepreneur. And too many entrepreneur are not asking that basic question.

You can see the slides from Maple's presentation below. Stay tuned for parts 2 and 3 of Maples' speech!