Travelmob will remain independent, while HomeAway gains a foothold in Asia

No financial terms of the deal were disclosed, though it was revealed to be all-cash transaction. As per the deal, travelmob will remain independent, and continue to operate from its current headquarters in Singapore. The travelmob management team will retain 37% of the business, while HomeAway will spend $2 million to "further grow the travelmob business."

The deal is expected to close in a few weeks.

The two companies previously worked together in March, striking a deal to make travelmob’s properties accessible on HomeAway’s sites globally. Apparently HomeAway was happy enough with the results to want to a bigger piece of the business.

Founded in 2005, Austin, Texas-based HomeAway is kind of like Airbnb except exclusively for fully-furnished vacation rentals. Users simply select where and when you want to go, how many bedrooms, and how many beds and HomeAway digs up properties for them.

HomeAway lists more than 740,000 rentals from 171 countries, and operates websites around the world, including VRBO.com and VacationRentals.com in the United States; HomeAway.co.uk and OwnersDirect.co.uk in the United Kingdom; HomeAway.de in Germany; Abritel.fr and Homelidays.com in France; HomeAway.es, Toprural.com in Spain; AlugueTemporada.com.br in Brazil; and HomeAway.com.au in Australia.

By buying up travelmob, HomeAway will now also gain a foothold in Asia.

“We view Asia as a region where we can build tremendous incremental value for our shareholders and existing customers over the next several years," Brian Sharples, chief executive officer of HomeAway, said in a blog post on the travelmob website.

"Given this opportunity, we’re excited to work with the experienced travelmob team to address today’s market needs in Asia – where vacation rentals are mostly new, but alternative accommodations are not – to build scale and accelerate the development of the vacation rental industry.”

Before going public in 2011, the company raised $513 million, including a $250 million round of funding from Technology Crossover Ventures, Institutional Venture Partners and Redpoint Ventures in 2008.

Travelmob, which launched in July 2012, is a social marketplace where traveling "Guests" are able to locate and book places that are owned by local "Hosts" in Asia Pacific. The site features over 14,000 Asia Pacific short-term rental listings including luxury villas, urban apartments, houseboats, a private island and even some shared spaces. 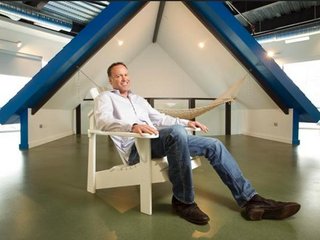 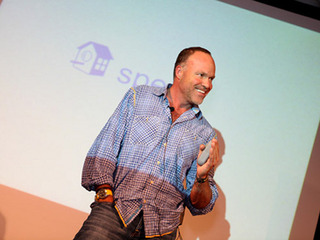