Kabam employees were able to sell $38.5 million shares in order to benefit from company growth 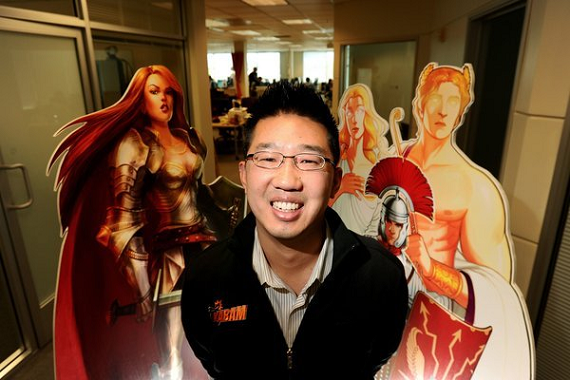 (Updated to reflect confirmation from Kabam)

I have heard from a few people in the gaming space that Zynga's rough IPO gave them second thoughts about going public themselves. But its been a year and a half now, and it would make sense for other big names to finally start looking at the possibility of heading in that direction.

Interactive entertainment company Kabam is one company that it has been rumored will try to go public in the next year or two. And those prospects have now been bolstered since the company now being valued at $700 million after a deal to allow shareholders to sell $38.5 million of stock, it was confirmed to VatorNews. The news was first reported by the Wall Street Journal on Monday.

What this means is that a new investor is buying up some Kabam stock from existing shareholders or employees who have already decided to sell. Kabam would not reveal the identities of the investors, employees and officers that are participating in the deal.

The reason for this transaction, company co-founder and CEO Kevin Chou said, was because he believes that Kabam's employees should be benefiting from the company's growth. None of the money that has been raised will go to the company itself.

“In the last 12 months, Kabam has launched North America’s most successful game publishing and platform business, bringing over 20 high quality titles to market,” Chou said in a statement. “Our talented employees are the ones making these efforts so successful.”

In 2012, Kabam also grew its team by over 40% to 580 people. It currently has 700 employees now and the company told VatorNew that it expects that number to be  more than 900 by the end of the year.

The company also relocated its headquarters from San Carlos, California to San Francisco.

San Francisco-based Kabam is the creator of hit games like Kingdoms of Camelot: Battle for the North, which placed first on Apple’s Highest Grossing Apps list for 2012. In December, Kabam became one of the rare companies to have three games simultaneously ranked on the Top 25 Grossing Apps lists for both iOS and Android. Kingdoms of Camelot surpassed $100 million in gross revenue in 2012.

Kabam has raised a total of $125 million, including  a $30 million Series C in January 2011, led by Redpoint Ventures and Intel Capital with additional contributions from original investor Canaan Partners, Kabam’s seed-stage incubator

The company most recently raised an $85 million Series D in May 2011 from Google Ventures, Pinnacle Ventures, Performance Equity and SK Telecom Ventures, in addition to its earlier investors.