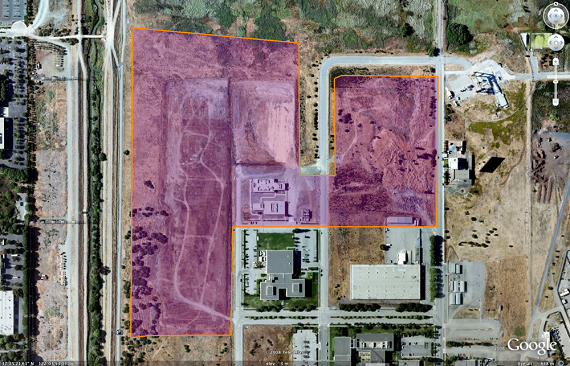 Don't worry: Google is still going to be buiding a new campus in Mountain View, California. It just might take a little longer than originally expected.

The project, which was due to be finished by 2015, will now be delayed, it has been confirmed to VatorNews.

"We want to make our Bay View campus a terrific and environmentally sustainable place for Googlers to work. To make sure we get it right, we're being thoughtful in our design process," a Google spokesperson told VatorNews.

Google reportedly informed the city of Mountain View about the delay in early July, according the San Jose Mercury News, who first reported it on Saturday.  The project will be reportedly be put on hold for at least six months, if not a year.

The new campus is set to be built at the NASA-Ames research center in Mountain View. An estimated 3,500 to 5,000 people are expected to work there.

The deal between Google and NASA to build the campus has been in place since 2008, when Google signed a 40-year agreement to lease 42.2 acres of land for as much as $146 million over the life of the deal. By the end of 2013,

As part of the deal, Google will be paying NASA an initial base rent of $3.66 million per year, though that rent has room for adjustments, and Google has the right to renew its lease for up to another 50 years.

Google originally had planned to begin the first, out of three, phase of its construction by the end of September 2013. The second phase was to start by 2018 and the third by 2022. There is no word on if the second and third phases will be delayed as well.

The company had also planned to use some of the land for company housing, and facilities for dining, sports, fitness, childcare, and conferences.

There was already a known point of contention with the new campius: Google has been planning to build a bridge, which would span Stevens Creek, to connect its new campus in Bay View to its main headquarters. That bridge was controversial, but apparently was not the cause of the delay.

In addition the new campus, Google is apparently on the hunt for even more space. The company has reportedly been looking in Palo Alto, and Google Glass has been looking for new digs as well.