Google lending out Trekkers to help map the world 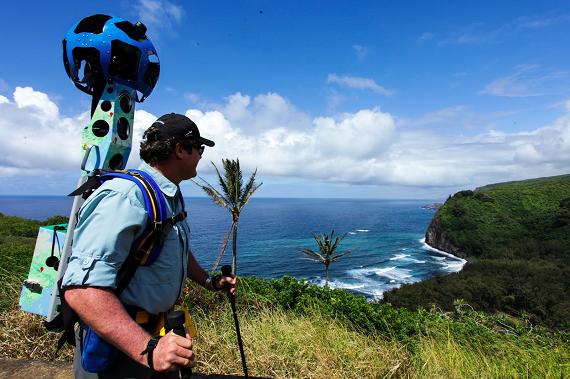 Google wants to map the entire world with its Street View project. That means everywhere from the Grand Canyon and the Great Barrier Reef, to mountain peaks ike Kilimanjaro and Everest. They are even starting to map the inside of famous skyscapers. Its a very ambitious project, and a noble one. The problem is, though, that the world is a very big place. And there are many places that are hard to get to.

That is why Google is starting a program that will allow third party organizations to take the Street View Trekker, which is a wearable backpack that is outfitted with a camera system on top to capture areas that vehicles can't go, it was announced in a blog post Thursday.

"For the first time ever, this program will enable organizations to use our camera equipment to collect 360-degree photos of the places they know best -- helping us make Google Maps more comprehensive and useful for all. This program is part of our ongoing effort to make it possible for anyone to contribute to Google Maps," Deanna Yick, Street View Program Manager, wrote.

The program already has its first partner: the Hawaii Visitors and Convention Bureau (HVCB), which has already started to use the Trekker to take photos of popular sites on the Hawaiian islands. Photos will be taken of Hawaii Volcanoes National Park, Mauna Loa Observatory, Onomea Bay, Akaka Falls, Waipio Valley, Pololu Valley and more. These photos will be then be included on Google Maps in the future.

"By working in partnership with HVCB, we can bring these locations online much faster than working alone," said Yick.

Other organizations, including tourism boards, non-profits, government agencies, universities, and research organizations,  that want to rent out the Trekkers can apply here. In the coming months, Google says, it will open up the pilot program to "a limited number of other organizations around the world."

The Trekker is operated by an Android device. It consists of 15 lenses, which are angled in a different direction that the images taken can be put together into a 360-degree panoramic view. Photos are taken every 2.5 seconds as the person wearing it walks.

The Trekker was first used to collect images of the Grand Canyon, and it was recently used to take images inside the the Burj Khalifa in Dubai, the tallest building in the world, which served as the first skyscraper captured on Street View.