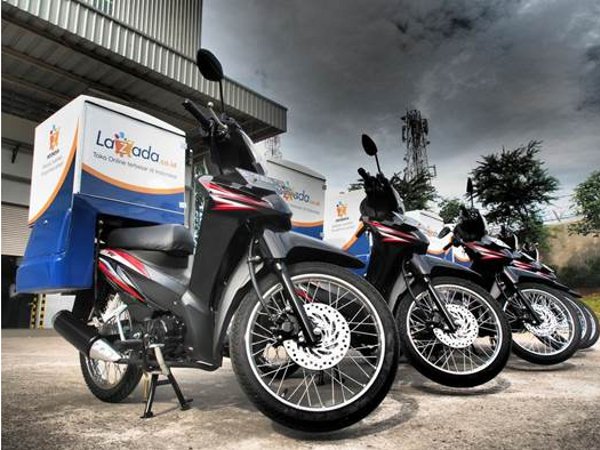 Emerging markets like China, Brazil, and Russia are proving to be huge growth opportunities for new e-commerce companies. The 2012 Retail E-Commerce Index revealed that large emerging markets with an active online user base and secure infrastructure offer the most promising growth potential for online retailers.

Rocket Internet has made that the crux of its e-commerce strategy, and on Thursday, Rocket Internet e-commerce venture Lazada announced that it has raised $100 million in a round of funding led by Verlinvest, with help from existing investors Holtzbrinck Ventures, Kinnevik, Summit Partners and Tengelmann Group.

Lazada, which recently celebrated its first anniversary, is essentially the Amazon of Southeast Asia, offering anything and everything to online shoppers in Indonesia, Malaysia, the Philippines, Thailand, and Vietnam. The company recently topped one million orders and boasts a pretty impressive fulfillment process. Some 90% of all orders are shipped the same day, and 85% of orders in metro areas are delivered the next day.

The money from this round will be used in part to further bolster its fulfillment infrastructure to enhance delivery time.

In addition to the new capital, Lazada also announced the launch of its new mobile app for iOS and Android today.

“Mobile commerce is representing more than 10% of eCommerce in the US and we expect this to develop even faster in Southeast Asia where many users only have access to the Internet through smartphones” said Lazada CMO Stein Jakob Oeie, in a statement.

“We are thrilled to join Lazada as a partner of Rocket Internet and an investor, the company’s scale and achievements after only one year of operations are highly impressive. Given the management’s track record and the region’s macro outlook we are very confident in Lazada’s future,” said Frédéric de Mevius, Chairman of Verlinvest, in a statement.