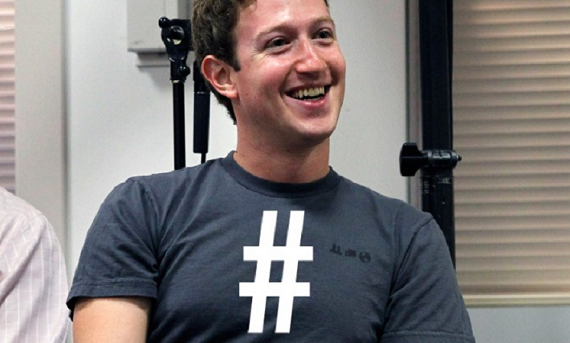 While it is the biggest social network in the world, but don't you ever think that means that Facebook is going to sit around waiting for any other network to topple it. Case in point: Facebook made a big move Wednesday, one that is a direct shot at one its biggest rivals: Twitter.

That's right, get ready for hashtags on Facebook. The social revealed that is adding the new feature in a blog post Wednesday.

for the uninitiated, hashtags are a useful way to bring people together in conversation from across a vast social network. All users have to do is add the tag onto their posts. Click on it and they will be able to see everyone else who is talking about the same thing, be it a show that is airing or something happening in the news.

As Greg Lindley, Facebook's product manager for hashtags, noted in a blog post, the recent "Red Wedding" episode of Game of Thrones was mentioned 1.5 million times on Facebook. And this year's Oscars resulted in  66.5 million interactions, include likes, comments and posts.

Of course, people still used hashtags in their Facebook posts before, but they were completely useless; more of a way to make a joke about your post than anything else. Now Facebook is going to use them to open up the conversation, while also severly wounding Twitter by taking on one of its key features.

"To date, there has not been a simple way to see the larger view of what's happening or what people are talking about," said Lindley wrote.

Users will be able to search for a specific hashtag from your search bar, click on hashtags that originate on other services, such as Instagram, and compose posts directly from the hashtag feed and search results.

Of course, there is a benefit to hashtags on Facebook will goes beyond opening up the conversation for users: it will also come in handy for advertisers.

Hashtags, in no uncertain terms, make it that much easier for Facebook to see what you are doing, what you are thinking about and what they like. And that information is going to go straight to displaying targeted ads. So if you use the hashtag #GameOfThrones, don't be surprised to see a bunch of advertisements for fantasy games in your newsfeed.

Facebook is also promising "to roll out more features in the coming weeks and months," which will include both trending hashtags and deeper insights.

One thing I think we can all be certain of: this is not a happy day over at the Twitter headquarters.