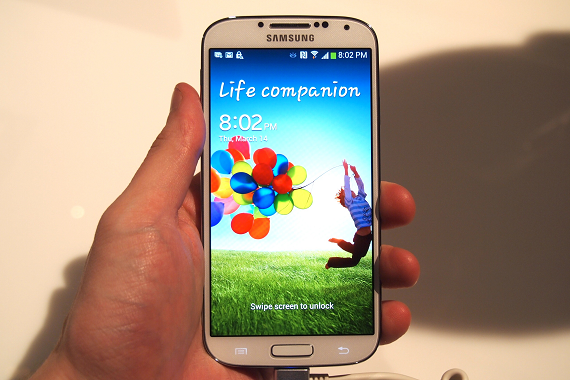 Shares of Samsung dropped over 6% in trading Friday, to their lowest level in four months, as the company lost over $12 billion in market value. It was Samsung's biggest daily percentage drop since late August.

And why? Because of brokerage downgrades over fears that sales of the Galaxy S4 are beginning to slip, according to a report from Reuters on Friday.

Woori Securities cut its price target for Samsung by 4.8%, to 2 million won. They cited weakening profit growth for Samsung's mobile business, which accounts for roughly 70 percent of Samsung's total earnings.

Earnings estimates were also cut by JPMorgan, which said that monthly orders for the Galaxy S4 were down nearly 30%, to between seven and eight million, in July, due to weaker demand from Europe and South Korea.

Earlier this week, Susquehanna Financial Group‘s Chris Caso wrote that sales of the phone in the third quarter had grown by “low to mid single digits," which is less than the seasonal average growth Samsung suppliers typically see, and, most likely, not as high as what investors had been expecting.

Of course, not all analysts had the same view on Samsung. For example, Canaccord Genuity‘s Mike Walkley remained positive about prospects for sales of the phone.

"Given the very strong initial sales, consumer interest, and Samsung’s marketing budget for the Samsung Galaxy S4 combined with the anticipated softer June quarter for iPhone sales, we
believe Samsung surpassed Apple as the top-selling smartphone brand in the U.S. during May for the first time since the iPhone 5 launched in September 2012."

But the majority seemed to be operating under the same belief: sales of the Galaxy S4 will begin to slow, or already have.

It was only two weeks ago, however, when Samsung announced that the Galaxy S4 was its fastest selling smartphone of all time.

The phone sold more than 10 million units less than one month after its commercial debut on April 27th, with Samsung estimating that the phone was selling at a rate of four units every second.

It should also be noted that what Samsung was talking about were "channel sales," meaning how units that were sold to retailers and operators rather than consumers. So these were not direct sale numbers, but rather how many phones have been stocked. It's not hard to extrapolate, though, that retailers would only be buying more phones if customers were buying them and they needed to restock. The stores would obviously not be ordered more of a phone that was sitting on the shelf.

Samsung also has the second largest percentage of smartphone subscribers in the U.S., with 22% of the market, up .6% from three months earlier, according to comScore. The company only traied Apple, which had a 39.2%, meaning that it is the largest provider for Android users. In fact, no other manufacturer even comes close: HTC came in third with less than half of Samsung's share at 8.9%.

But Samsung, and the Galaxy S4, might just be a victim of their own success. With each Galaxy phone selling better than the last, market expectations simply might be too high for even Samsung to match.