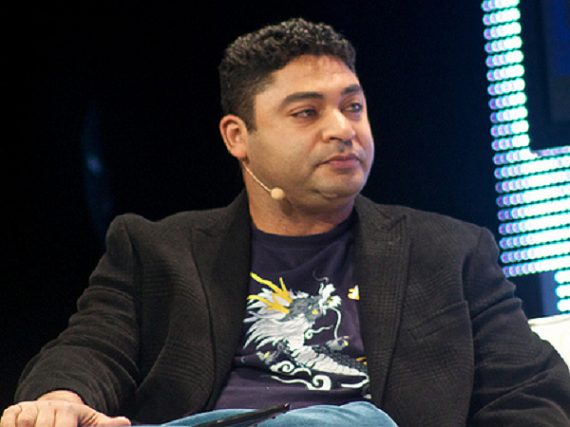 Osama Bedier, the Vice President of Google Wallet, has left the company, Google has confirmed to VatorNews.

No official reason for Bedier's decision has been revealed and there is also no indication as to what Bedier's next move will be.

"We can confirm that Osama Bedier has decided to leave Google this year to pursue other opportunities," Google spokesman Nate Tyler said in a statement. "He's achieved a lot during his time here and we wish him all the best in his next endeavor. Payments are a big part of what people do every day, and we're committed to making them easier for everyone."

Bedier came to work at Google just over two years ago, in January 2011. Before that he was the Vice President of Product Development at PayPal, where he worked for over eight years.

His departure from PayPal in 2011 actually caused quite a bit of trouble and lead to a lawsuit, with PayPal suing both Bedier and Stephanie Tilenius, another employee who left for Google, for alledgedly misappropriating trade secrets, as well as for breach of contract and a host of other claims.

Google Wallet is a mobile payment system which debuted in March 2011. It allows users to store debit, credit, loyality and gift cards. The system uses a "tap and pay" function wherever Mastercard PayPass stations are used. Users can pass their Google Wallet-functional mobile devices over the paypass stations to pay for retail purchases, the same way they could with a credit card.

Since its unveiling two years ago, Google Wallet has largely been seen as a disappointment. This may partially be because of its still limited availability.

It can only be found on 14 smartphones: seven from Samsung, three from LG and one HTC. It is also only available on one major U.S. carrier, Sprint.

Another factor is the high amount of competition in the space, most notably Square, which uses an a square shaped dongle that allows users in the United States to accept credit cards through their iOS and Android mobile phones by swiping their credit card on the Square device.

in August of 2012, Square struck a deal with Starbucks, which allowed Square payments in 7,000 Starbucks locations around the United States.

In September, Groupon debuted Groupon Payments in September. The payments system is built right into the Groupon Merchants app, means a merchant can swipe a card and do a transaction while also redeeming deals and updating their analytics to note how many deals have been redeemed, what the average bill looks like, and how much has been spent altogether.

PayPal has also gotten into payments, partnering with 16 national retailers in May of last year and then adding seven more in January. Most recently PayPal teamed up with Gas station checkout solution Gilbarco Veeder-Root to bring digital payments, and other mobile solutions, to the company's gas stations and convenience stores.

Google Wallet simply has not been able to keep up.

The news of Bedier's departure was first reported by VentureBeat Wednesday.