Report: Tom Wheeler to be nominated as FCC Chairman 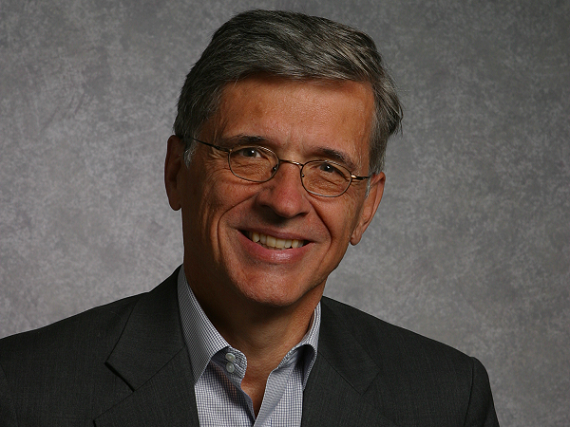 A little over a month since Julius Genachowski, Chairman of the The Federal  Communications Commission, announced his departure, President Obama seems ready to name his replacement.

Tom Wheeler, a venture capitalist, former top lobbyist for the cable and wireless industries and a former top fundraiser for Obama,, will be named by President Obama to head the FCC, sources told the Wall Street Journal Tuesday.

Wheeler's name was immediately put out there as a potential replacement for Genachowski, along with Karen Kornbluh, U.S. ambassador to the Organization for Economic Cooperation and Development; Catherine Sandoval, a member of the California Public Utilities Commission; Lawrence Strickling, a top Obama administration adviser on telecom and technology policy; Blair Levin, former FCC chief of staffl and Larry Strickling, the chief of the National Telecommunications and Information Administration.

This nomination is not yet official, of course, and when asked for a comment, a White House official told Politico, "Tom Wheeler is an experienced leader in the communications technology field who shares the President’s commitment to protecting consumers, promoting innovation, enhancing competition and encouraging investment."

Genachowski, announced in March he would be leaving the position. His term officially ends in June.

Genachowski, who had been a campaign fundraiser and a former law school classmate of Obama’s, was appointed to the position by the President in 2009. He is the second member of the FCC to announce their resignation, after Commissioner Robert McDowell, the senior Republican on the panel, announced that he would be stepping down as well.

Under his tenor as chairman of the FCC, the Comcast/NBC-Universal deal was approved, while the merger between AT&T and T-Mobile was rejected. The FCC also approved new net neutrality rules aimed at improving transparency and restricting blocks and discrimination against users, services or content.

While Genachowski reiterated Tuesday that killing the merger between AT&T and T-Mobile was, "absolutely the right call," it is unclear that Wheeler feels the same way, arguing in a 2011 blogpost that the merger could have been agreed upon in exchange for more regulation, and that old regulations cannot be applied to new technologies.

"The Communications Act and its enforcer the FCC are analog legacies in a digital world. Of course, there will remain jurisdiction in areas such as the Universal Service Fund, rights of way, and Title I 'ancillary jurisdiction,' but absent a new vehicle the regulation of marketplace behavior that has characterized telecom regulation for almost a century is headed towards the same fate as the dial tone – another fatality of digital zeroes and ones," Wheeler wrote.

"This trend could have been reversed by the conditions imposed by the government on an AT&T/T-Mobile merger. Skirting the regulatory authority issue in favor of a more flexible public interest standard, AT&T and the FCC/Justice Department would simply agree via a consent decree to pseudo-regulatory behavioral standards."

The nomination is expected to be announced on Wednesday, and he will then have to be confirmed by the Senate. In the meantime, Current FCC Commissioner Mignon Clyburn will act as interim chairman. 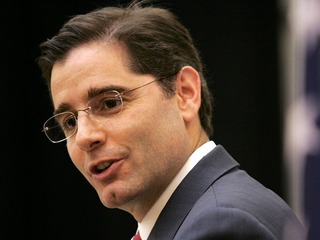