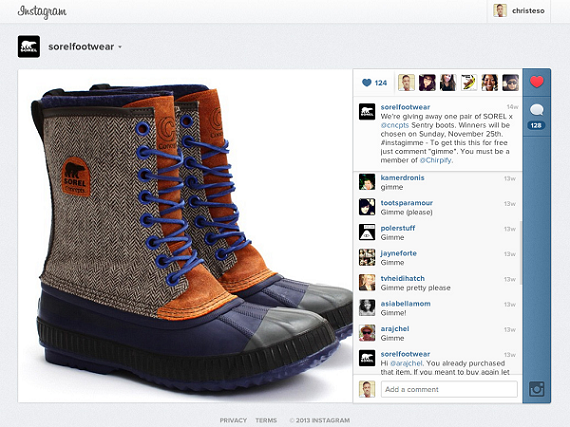 Chirpify, a platform for in-stream commerce on social media, has raised a $2 million Series A round of financing from  Voyager Capital, it was announced Wednesday.

The newly raised money will be used to accelerate the company's growth, make hires in its sales and marketing team, and expand its in-stream payments across the entire social Web (right now it is only available on Facebook, Twitter and Instagram).

"Since Chirpify has enabled in-stream commerce on the top three social media platforms, acquired top-tier brands, celebrities and musicians, powered hundreds of thousands of dollars of transactions, and is seeing rapid consumer adoption, Chirpify will now take this funding and focus on accelerating its growth and continuing to re-invent the way businesses and consumers transact and monetize social media," Chirpify CEO Chris Teso told VatorNews.

"Now that we have built a robust engine that enables in-stream commerce on the top three social media platforms, have acquired top-tier brands, celebrities and musicians, powered hundreds of thousands of dollars in transactions, and are seeing rapid consumer adoption, it's time to accelerate our growth and continue to re-invent the way businesses and consumers transact and monetize social media," Chirpify CEO Chris Teso said in a statement.

The Portland, Orgeon-based company was founded in July 2011, and is a platform that enables transactions with a simple reply or comment on Twitter, Facebook and Instagram. Whereas all other platforms require a user to click on a link on a link that then takes them to another website, Chirpify completes the transaction with the customer never having to leave the site. Users buy, donate or get a free item on Twitter, Facebook or Instagram with a reply or comment of "buy," "donate" or "gimme."

A PayPal account is required to buy off of Facebook, Twitter and Instagram, though they can also buy items directly on the listing page on the Chirpify site with a Credit Card. Chirpify has thousands of individual members, but its customers are typically enterprise brands, record labels and merchants, of which it has a few hundred.

The company makes money on transaction fees and monthly software as a service license fees from enterprise customers, but it does not disclose revenue numbers.

Teso says that Chirpify is "the only company enabling in-stream social commerce on the top three social media platforms," but the company eso compete with other payments companies moving into the social media space such as American Express.

So what separates Chirpify?

"Similar services either generate a link or an invoice that consumers must follow, or they require the use of an app. Consumers will then be prompted to enter payment information to complete their transactions," said Teso.

"In comparison, when someone signs up with Chirpify, their single comment or tweet is the transaction. This simplifies the entire process and makes for a seamless experience for true social commerce. This capability is unique to Chirpify."

The company also announced today that Puma, Lil Wayne and Snoop Dogg have signed up as enterprise customers, joining "dozens of the world's most recognizable brands," including Adidas, the Portland Trailblazers, Green Day and Keith Richards. Chirpify says that is is currently adding over 300 new users every day and that it touts a 5 percent conversion rate.

"The philosophy behind Chirpify is that social media platforms should be able to become a storefront," said Teso. "The initial idea for Chirpify started when I noticed that when people tried to sell items online, they'd also tweet about them. Chirpify streamlines this process, enabling consumers and businesses or organizations to buy, sell and donate in-stream without the buyer ever having to leave a social media site."

"With this funding, Chirpify is poised to accelerate its disruption of the social commerce marketplace. We are excited to help Chirpify continue enabling brands to realize the full business potential of the more than a billion people that interact on the major social media outlets of Twitter, Facebook and Instagram," Diane Fraiman, Venture Partner at Voyager Capital, said in a statement.

To get a better idea of how the service works, watch the video below: