After dropping Google, Apple is seeking a new partner to fill the void 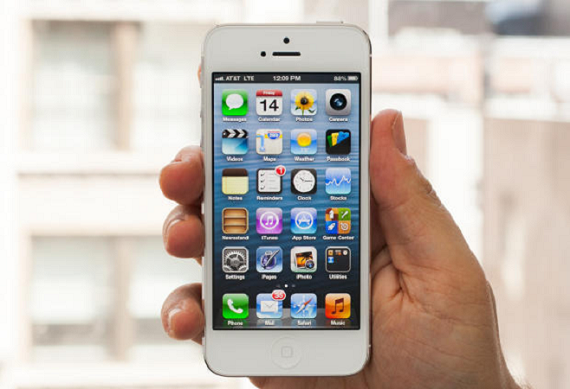 As Apple tries to get away from Google by dropping its content from iOS devices, the company will need another partner to pick up the slack. And that partner, it seems, will be Yahoo.

While Apple and Yahoo already have a partnership that brings a list of Yahoo content and services to iOS devices, including weather, stock information, and sports scores for Siri, the two companies are seeking to further that integration, according to a report from the Wall Street Journal Tuesday.

Apple is looking to bring more content from Yahoo's properties, including Yahoo News, to iOS devices. The content would either come pre-loaded onto Yahoo devices or would become available through an expanded Siri partnership.

Sources said that the two sides are simply talking and that no deal between the two was imminent.

It makes sense for Apple to turn to Yahoo, given that the two are not rivals, unlike Google and Apple, which are major competitors for the mobile market, with Android and iOS consistently going head to head for supremacy. Recently, Apple has been trying to reduce its reliance on Google, most notably by getting rid of both the preloaded YouTube and Google Maps in its last iOS update.

But before Apple and Yahoo can become best friends, there are some complications that could arise between the two companies before any deal is done, though, especially when it comes to search.

Apple currently has a deal with Google to use Google's Web-search service as the default in the iPhone and iPad web browser. While Apple has been looking to also drop Google on search, senior people inside Apple, including  Eddy Cue, a senior vice president in charge of Internet software and services, say that Google is the best and they will not sacrifice search quality, the paper reported.

There is also the fact that Yahoo signed a 10 year deal in 2009 that allows Microsoft Bing to power Yahoo's Web search . The deal allows Yahoo yto control the look of its own search site, but the Bing search engine provides the results. This will not make Apple very happy since Apple and Microsoft are also competitors for the mobile market, even though Windows Phones don't have anywhere near the market pentrability that Android devices do.

For Yahoo, becoming more ingrained into iOS devices would be another way for the company to expand its focus on mobile.

Since taking over the job in June 2012, CEO Marissa Mayer has been vocal about taking the company mobile.

The company has done this by buying a series of companies, including Stamped, the Justin Bieber-backed mobile app that lets users “stamp” and share their favorite restaurants and OnTheAir, a video chat service that can be used for casual hangouts or to organize largish webinars. It also purchased location discovery app Alike and it acqu-hired the team at personalized recommendation service Jybe, giving the company both a location service, and now a team with knowledge in personalized recommendations.

Getting Yahoo services onto Apple devices would be a big step forward for Yahoo's mobile presence.

A Yahoo spokesperson declined to comment "on rumors or speculation."  Apple could not be reached for comment.