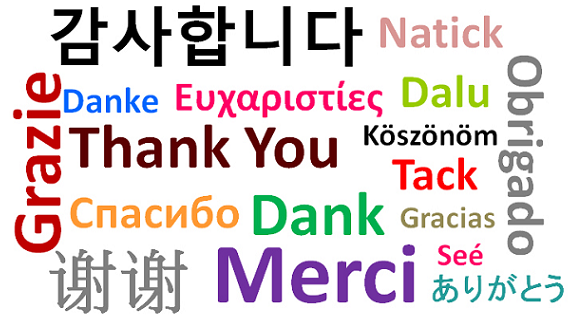 I have a confession to make: I am truly terrible at learning languages. Throughout my life I have been taught Spanish, Hebrew, Greek and Italian, and I can barely speak more than a few words of any of them, at best. Its hard not to be in awe of people who can speak, like, 10 languages. I can't imagine how they do it!

Since I'm so bad at learning languages, it might be in my interest to try a service like Babbel, the maker of an online learning system for foreign languages. The company announced Tuesday that it has raised $10 million in a Series B funding round.

The round was led by Reed Elsevier Ventures, with Nokia Growth Partners also participating. Some of Babbel's existing investors, IBB Beteiligungsgesellschaft via its VC Fonds Technologie Berlin, and Kizoo, also once again put money in the company. Babbel had previously raised $2.2 million in equity and debt financing, bringing its total raised to $12.2 million.

Despite the fact that it is used in 190 countries, Babbel still sees its greatest popularity in its native Germany. That is why the company says that investment will be used to expand internationally, specifically to "other European countries, the Americas and emerging markets."

"US, France and Spain are the top 3 for now," Markus Witte, CEO of Babbel, said in an interview with VatorNews.

The money will also be used to extend its partnerships with different hardware manufacturers, platform providers and media across the world.

"Ideally, we'd cooperate with all of the major player in the market: Samsung, Apple, Nokia, HTC, LG and others. Also OS providers such as Google and Microsoft and, again, Apple could be very interesting partners," said Witte.

Founded in 2007, Berlin-based Babbel is operated by Lesson Nine GmbH, also based in Berlin. It offers over 6,500 learning hours for thirteen languages on the Web, an iPad app, and as free vocabulary training apps for iPhone, Android and Windows 8. Two iBooks for English natives learning German and Spanish have been developed for the iPad. The Babbel app has been downloaded over 8 million times, and the company has 15 million users.

Since 2011, the company has seen its revenue grow 200% every year, and Witte says Babbel has been cash-flow positive for the last two years.

What separates Babbel from some its biggest competitors, such as RosettaStone, LiveMocha, Busuu, Mangolanguages, Berlitz, Pimsleur, Witte says that the competition is not very strong. The company's strength lies in the fact that it product was developed solely for online and mobile platforms, and was not adapted from print, cd-rom or other media.

The three key factors to Babbel's success are: content, user experience and technology, in that order.

The philosophy behind the service, he said, is the belief that the Internet and mobile can help improve how people learn language.
"To date, nobody really explored the possibilities of online and mobile learning. Other than that we think that you need a good and simple product for learning, something that has the characteristics of a pragmatic tool and still brings the fun and engagement of good game."