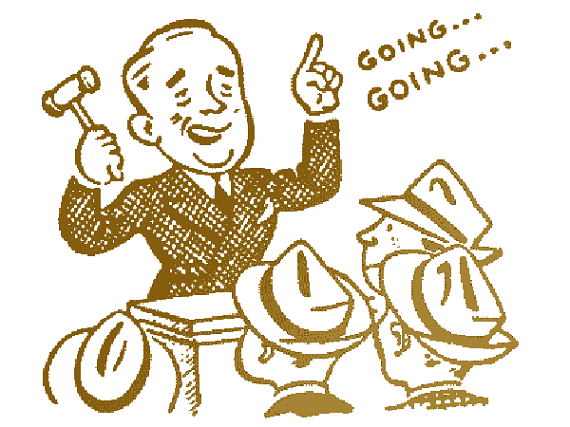 As I'm sure we all know, finding a job, especially over the last few years, has been incredibly hard, as there have been fewer jobs than people looking for them. For developers, though, it seems to be the other way around: there are more openings than people to fill them, forcing employers to send out recruiter e-mails that often go ignored by top talent.

What if the process could be simplified by having developers that are looking for work put themselves out there, and let the companies bid on the best talent?

That is the idea behind DeveloperAuction, a company that has now raised $2.7 million first in its round of funding, the company announced at the F.ounders conference in New York Thursday.

The round was led by NEA and Sierra Ventures, with participation from Google Ventures, Crosslink Capital, Jeff Clavier’s SoftTech VC, and John Suliman.

The money will be used to hire more employees to scale the business and offer more guidance to our customers with their talent searches, Matt Mickiewicz, co-founder and CEOof DeveloperAuction, told VatorNews.

So how does this process work?

Every month, DeveloperAuction picks the top 150 candidates on the site, out of thousands who apply. A two-week long auction is held, where venture-backed companies submit interview requests to candidates.

An employee will apply to be in an auction by creating a profile on DeveloperAuction. If they are picked, the potential employee will receive 10 to 15 offers that include salary, equity & signing bonus details, along with information about the company and culture, and founding team, from the interestedd companies.

The engineers are able to choose the companies that they want to interview with. Each engineer is assigned a Talent Advocate who will represent their interests, and will help them navigate through the hiring process.

The employers are not obligated to hire anyone that interviews with them, but if there is a fit, they will make a formal offer to that employee. If the developer is hired, DeveloperAuction pays out an additional signing bonus of 20% cash-back on our fee, which is typically $3,000 to $5,000. They will also send the engineer a bottle of Champagne to congratulate them on their new job.

For the employers, this process is benefitial as it gets the best talent in front of them, as they will only be looking at Engineers and Developers from places like  Facebook, Google, Apple, Twitter, Zynga, Stanford, and MIT, which DeveloperAuction say "are known for their rigorous selection practices."  DeveloperAuction also links up profiles with GitHub accounts so that employers can view actual code samples from the employees they are going to bid on.

This process also allows employers to stop wasting time sending out unsolicited e-mails that are ignored by most of the people that receive them.

"The most common tactic for recruiters is spamming LinkedIn, and it's not unusual for a Silicon Valley engineer to receive 30-50 unsolicited and off-base LinkedIn messages a month from recruiters," said Mickiewicz said in a statement.

"It's a waste of time and resources for all parties involved."

If the employer hires a developer through the site, they will be charged a fee of 10% of the employee's first year salary package and options equivalent to 10% of what they gave the candidate. Or the employer can just pay a 15% flat-fee.

"As founders, we have been faced with the frustration of not being able to hire talent and scale our busineses once venture funding comes in. This is a well known pain point, especially in Silicon Valley, and like we did at 99Designs we are forming a marketplace to take out the inefficiencies we see in how recruiting gets done now," Mickiewicz told VatorNews.

The company, he said, is "incredibly optimistic about growth over the coming years," but he could give out any specific numbers on how much growth the company has been seeing.

The ultimate goal for DeveloperAuction,  Mickiewicz said "is to become the default platform for great engineers, and computer science grads to discover job opportunities at interesting companies where they can have a big impact."