Even in the enterprise, a sleek UI makes a difference

Bunchball launches Nitro 5.0 and transforms its dashboard from clunky to cool

I typically don't write about user-interface upgrades. It's a work in progress for all companies. So it's expected.

But in this case, Bunchball's new user interface for its business customers, called Nitro 5.0, is a great example of how a clean-looking, easy-to-use user interface makes a world of difference - at least from an aesthetic point of view.

In a bid to revamp its admin interface to be more of a consumer-facing product, Bunchball is launching Nitro 5.0 to its 300 enterprise customers. They'll all be able to access it by the end of this month.

The new UI simplifies the process for customers that want to analyze their data and create new gamification challenges. Bunchball is a platform for businesses that want to add game-like features to their consumer-facing site. For instance, NBC Universal uses Bunchball to create incentives or challenges for fans to be more engaged. Other companies, about 60% of them, use Bunchball for internal reasons, such as incentivizing their salesforce to sell more with game-like competitions among salesmen.

Heretofore, Bunchball's customers used a pretty clunky-looking user interface to create those challenges, and analyze the data. But that's changing with Nitro 5.0.

"We make creating, monitoring and analyzing more accessible," said Dan Katz, Director of Product Management, in an interview. "We're making the interface more intuitive and we're at the forefront of the consumerization of the enterprise."

At first, you probably wouldn't understand what "consumerization of the enterprise" means.

But just take a look at the dramatic differences in UI. Here was the company's original dashboard for administrators.

It's pretty busy. But below will be the new version. Notice the graphics and icons. It looks more like a consumer-facing website than an enterprise dashboard. 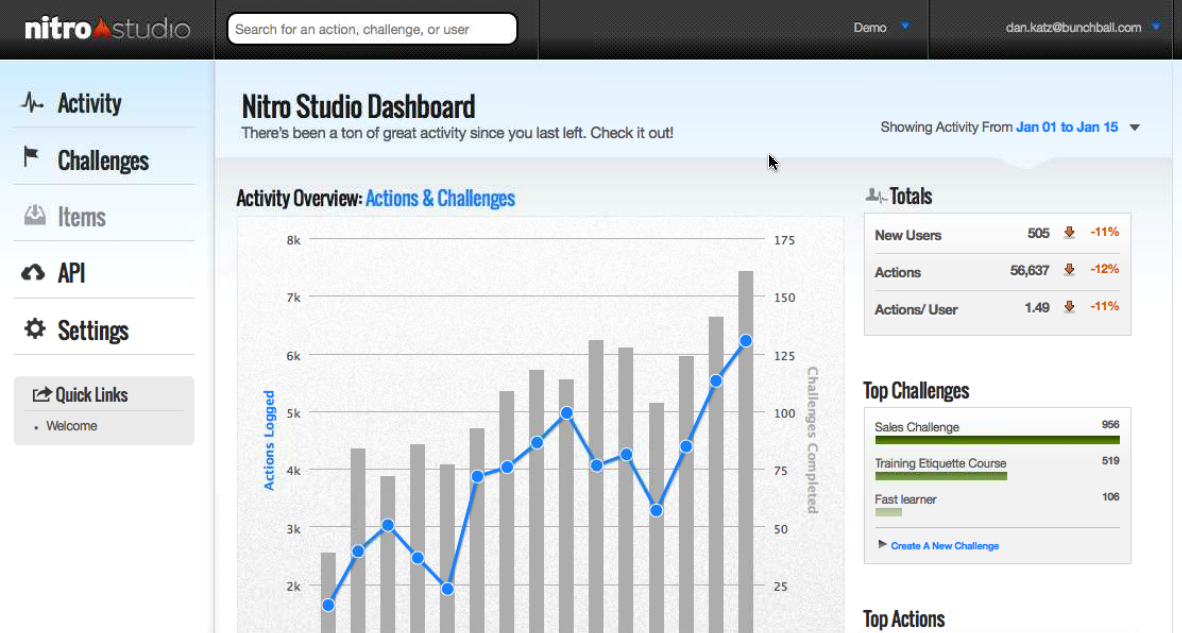 Below is the current UI for someone trying to create a new challenge.

Below will be the new interface. 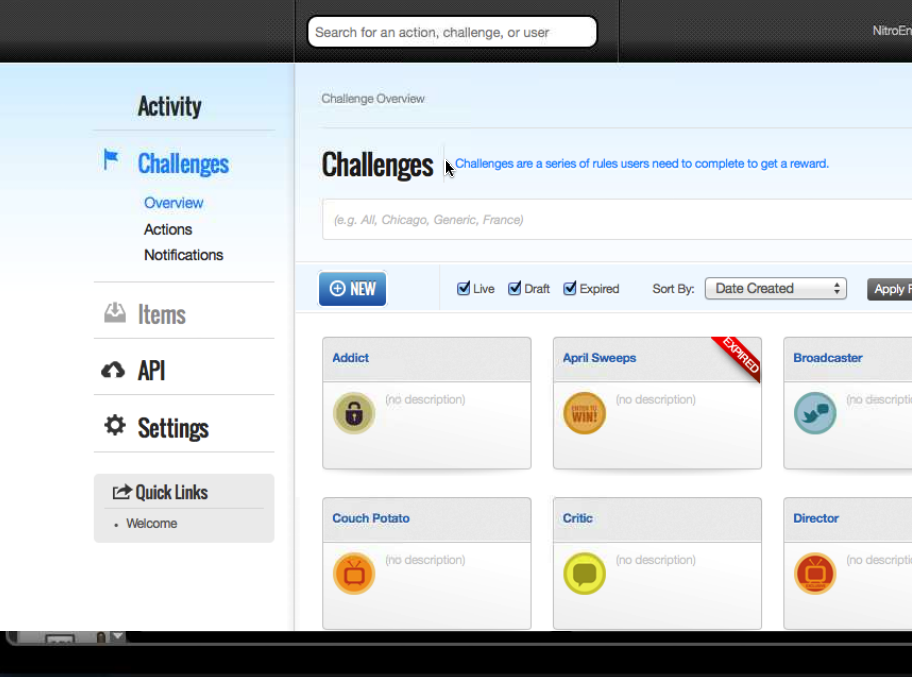 So if you're an enterprise-focused startup, don't think your UI doesn't matter as much as if you're a startup that has a consumer-facing product. While we won't know yet how much more active Bunchball's customers will be with this new change. But my guess is that they're more likely to be.