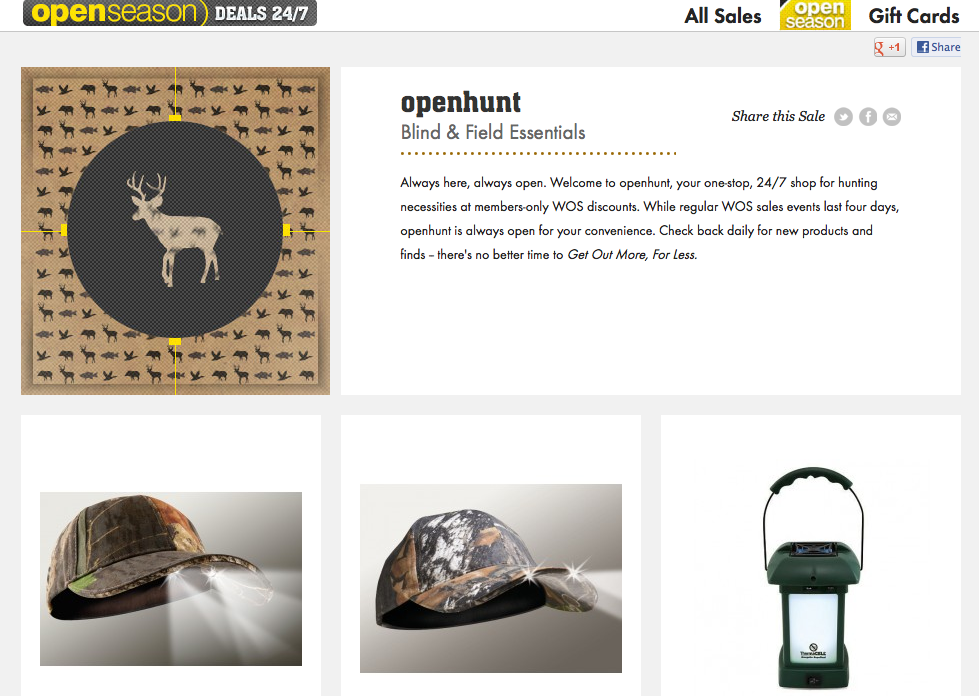 "Right now, there's options for [hunting and fishing] brands to liquidate their products," said Denis O'Dwyer, co-founder and CEO, in an interview. Brands can go to the "Overstocks or liquidator sites," but through that process, there's a dilution in brand equity, he explained. "We're trying to give users a better brand experience."

Wide Open Spaces currently works with 325 brands, such as Shimano, Vanguard and Rapala. It has some 400 to 600 items available for sale at any given time, either through a curated sales event (in other words, a sale that lasts for a lmiited time) or through its always-on store, called openseason.

The company buys the inventory from the brands and targets a 30% to 40% mark-up. At the same time, it aims to offer discounts of as much as 80% off of retail, said O'Dwyer.

O'Dwyer wouldn't mention how many members it currently has. But the company is going after a pretty sizable market. There are 37 million people in the US over the age of 16 years old, who hunt and fish, said O'Dwyer. There's about $90 billion spent annually in the US on boats, hunting and fishing gear and travel, as well as trade associations. At the moment, Wide Open Spaces is focused primarily on gear, such as rods, reels, and clothing.