With emphasis on speed and simplicity, Chrome is gunning to take down Safari 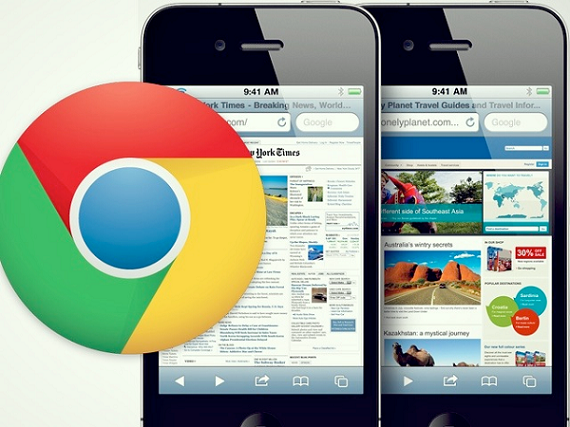 I've had an iPhone for over two years now. While I've downloaded a lot of apps, and made sure to get replace AppleMaps as soon as I could, I've never brought myself to download a new browser.

Sure, Safari can be really slow sometimes, but based on my experience with the desktop versions of Chrome and Firefox, I honestly couldn't imagine them being much better. If the new mobile browser you are able to download won't be any faster than your old one, then why waste the space?

That might not be the case for much longer, though, as Google released new versions of Chrome for Android and iOS on Monday, with an ephasis on speed and simplicity.

Google says the Chrome browers for Android will now be 25% faster due to a new Javascript engine and  expanded support for HTML5 features, like CSS Filters

"Based on the latest version of the V8 Javascript engine, now optimized for mobile, we have improved the Octane performance benchmark by 25 percent on average since our previous update. This means that interactions within web pages in the browser are snappier," Grace Kloba and Rohit Rao, Especially Mobile Software Engineers, wrote.

"We plan to continue optimizing Chrome for Android platform at the same rapid pace that you’ve come to expect on Chrome across other platforms."

Unfortunately for iOS users like me, the speed part of the equation only applies to Android, at least for now. But, while the iOS version of Chrome did not get the same speed upgrade as the Android version, it did get some cool features for its own, including revised searching and sharing.

"This will help you refine search queries and view more content on the results page. This feature will roll out in the coming weeks, so you may not see it right away after upgrading," said Kloba and Rao.

You can see the difference between the old version and the new version below: 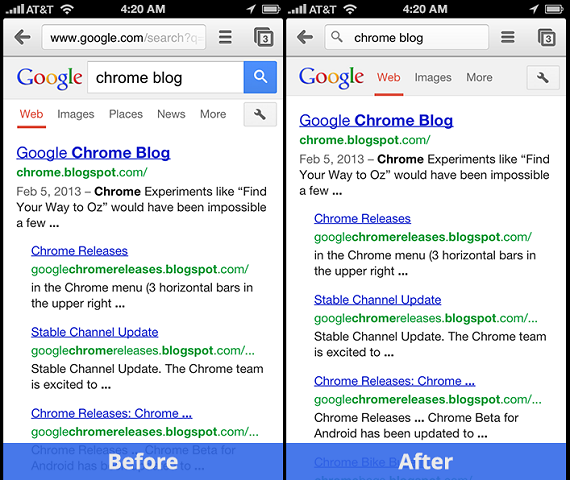 In addition to the updates searchbar, Google has also made it easier for users to view their tab history, just be pressing and holding the back button in oder to access any page that had previously been visited.

Users can also now more easily share pages via e-mail or on a social netork by going to "menu" then pressing "share." Users can also share any web page via Messages.

These features make it sound like Google has the right idea when it comes to what people want from their mobile browser. If I begin to hear good things from my friends, I would have no problem making the switch from Safari.

The newest versions of Chrome are available on Google Play and in the App Store.