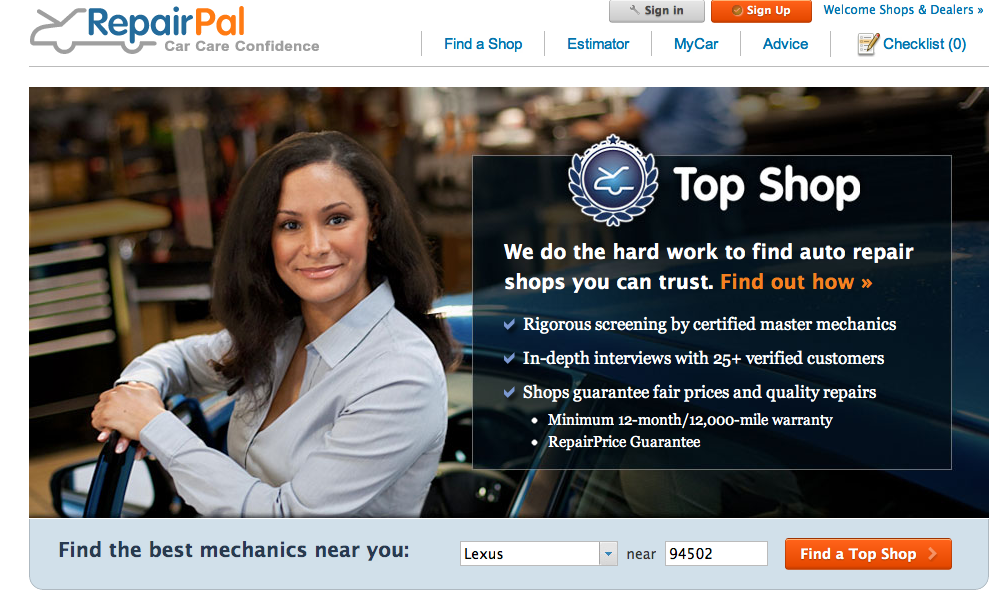 I've been looking for a new car, and recently I was offered a Chevy Tahoe with 70,000-plus miles. Now heretofore I'd never look at a vehicle with that many miles, but I'm told by Art Shaw, CEO of RepairPal, that 200,000 miles is the new 100,000. To that end, I'm considering the truck.

Given that cars and trucks are built better and can last longer, there is a growing need for repair shops to service them. This growing market is one of the reasons RepairPal is getting some attention and money.

RepairPal, which was founded in 2007, announced Monday morning that it's raised $13 million in new financing from Cars.com, a division of Classified Ventures, and Castrol innoVentures, which was created by British Petroleum-own Castrol Lubricants. RepairPal is the first investment for the energy company's venture arm. The funds will be used to expand RepairPal's network of repair shops across the country, from the 200 shops in 35 states it works with today. Prior to today's funding, RepairPal raised $11 million.

"Over 85%of cars are out of warranty," said Shaw, in an interview. "The average age of car is increasing in years and two-thirds of people will own their car more than 150,000 miles," added Shaw, who joined the company about a year ago. Prior to the auto service site, Shaw ran a couple Internet companies, including Scwhab.com.

RepairPal hopes to be the repair shop of choice for people looking to service those cars. The value proposition to them is that the repairs shops are qualified by RepairPal (which gives them a stamp of approval) and priced fairly. This the branding RepairPal stands by.

"Consumers get a fair price," said Shaw. "They [also] get someone who stands behind it [the repair] and a warranty." Each shop that is part of the RepairPal network offers a 12,000 mile and 12-month warranty.

RepairlPal essentially works with repair shops (mechanics who have their own service). Repair shops become members of RepairPal by paying an annual subscription fee, which Shaw wouldn't disclose. But in return, RepairPal drives new users to the repair shop by capturing a lot of the people searching for car repairs or car repair price comparison through searches, as well as Cars.com, Consumer Reports and AOL.

For the shop, which is too tiny to capture an audience online, RepairPal sells them on its statistics, which is visitors at about one million a month, up 40% from a year ago.

To be part of the RepairPal network, a shop has to also pay for an initial technical assessment that covers the mechanics as well as the parts used. Part of this process includes RepairPal calling the shop's customers to understand how the shop is being perceived.

The repair industry does seem to be taking off. Just recently, YourMechanic raised $1.8 million last September to offer something similar. But rather than aggregating repair shops, YourMechanic aggregates mobile repairmen.

When asked whether RepairPal would also aggregate mobile repairmen, Shaw said this: "We have a view that people want a facility and quality-trained technicians who are investing in parts and not changing oil in your driveway... Infrastructure and training is required. Most of our folks won’t leave their shops. All their tools are not mobile." 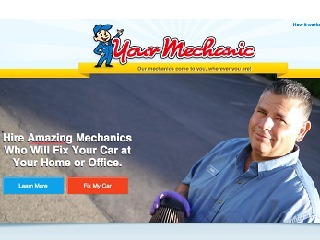