Zuckerberg: 2013 will be about building new products

Facebook will not be trying to maximize profits, instead focusing on building the service 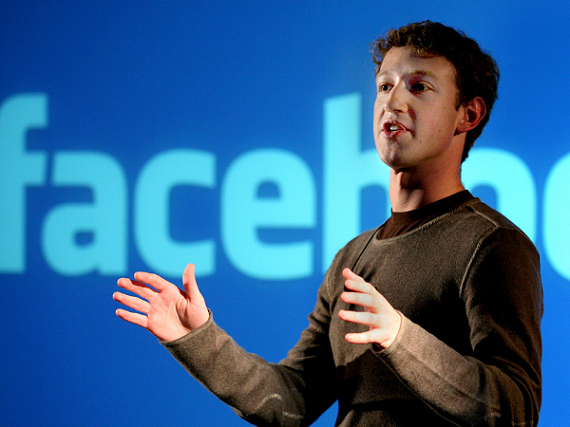 Following the release of Facebook's fourth-quarter results, which sent shares down in after-hours trading, Mark Zuckerberg got on a conference call to talk about the future of the company going forward. Over the next year, he said, the company will be focusing on developing its products, including Graph Search, at the expense of maximizing profits.

"I think more people are starting to understand that mobile is a great opportunity for us," Zuckerberg said.

Mobile is perfect for Facebook for three reason: it allows the company to reach more people, with more engagement from the people it reaches, and the company is able to make  more money per minute that people spend on mobile.

Mobile is not just driving greater engagement on Facebook, though. It enables new experiences and has growing sharing across all apps, and Facebook has the ability to use to create even more sharing.

A big part of succeeding on mobile, he said, is simply by doing a good job on basic things, like perfomance and stability. For example, Facebook releases a new version of its Android app in December. There was nothing very special about the update, it just made the app more stable and faster.

That these changes are so important shows how early we are in the market.

Photos on Instagram are also doing really well, he said. New Years Day was the best day ever for Instagram, with more than 600 million photos uploaded to Facebook.

Last year involved a lot of improving the company's mobile development process. Now that the company has done that, it will focus on building really good mobile first experiences,

"This will be a big theme for us this year," Zuckerberg said. "If we do this well, we should be able to build even more relevant content, and connections, to more people and continue to deepen their engagement."

2) Build a platform and services that leverages the social graph

While he said that he usually likes to talk about "the ecosystem outside of our company," but this year Zuckerberg says that Facebook is the service that "built the most interesting new service using the social graph: Graph Search."

Calling it "an entirely new kind of search," Zuckerberg said that even though its still in beta he is still "very excited" about the new product.

You use it to search for content you wouldn't use a typical search engine for, he said, like where friends have traveled to and where they have eaten.

The existance of a product like social search shows that there is going to a market for a whole new crop of social services in existing markets that were not designed to be social.

"Down the line, if we do this well, this could turn into a meaningful business for us," he said, but, for now, the company is dedicated to improving the product and rolling it out slowly.

Another platform development that Zuckerberg spoke about was Facebook App Install Advertising product, which he says is a great product for those who want to connect to people who to use their apps to get a lot of installs. On mobile, Facebook wants to be the way that developers get users to their apps in the first place, and this product will help them do that.

The company started 2012 with no mobile ads, and ended the year with 23% of ad revenue coming from mobile in the fourth quarter.

The big driver of this Zuckerberg said, was putting ads in newsfeeds, which barelt affected the level of engagement on the site. While the company thought that it would have to spend time figure out a way to make the ads not feel intrusive, but instead the ads got good numbers without needing Facebook to do much tuning.

As a result, Facebook has a big opportunity to make the ads even better since it does not have to worry about figuring out how to show them. The company will begin improving targeting and relevance, and designing better ads that "aren't just about links and texts and images."

For new ad experiences, the site will be doing more with different kinds of feedback.

As for other types of monetization, Zuckerberg says that he wants to "temper expectations" on products such as Gifts and Graph Search.

"I think these can be big opportunities for us long-term, but for the forseeable future, the most important thing for us is to continue building out great consumer experiences around these products," Zuckerberg said.

"We're doing what we think will build the best service and business."

Facebook posted revenue of $1.585 billion for the quarter, better than Wall Street's estimates of $1.52 billion. Adjusted earnings per share came in at 17 cents in the fourth quarter, compared with the 15 cents a share that analysts were expecting.

But as we mentioned in our preview piece Tuesday, investors had most likely priced in all of the good news into the stock. Shares are down nearly 4% to $30.51 in after-hours, after rising about 1.5% during the day, a modest uptick after after falling 5% in Tuesday trading. Shares, however, are still well above the $20 range they traded at in November.

Mobile MAUs were 680 million as of the end, an increase of 57% year-to-year. Mobile DAUs exceeded web DAUs for the first time in the fourth quarter of 2012.

"In 2012, we connected over a billion people and became a mobile company," said Mark Zuckerberg, Facebook founder and CEO said in a statement.  "We enter 2013 with good momentum and will continue to invest to achieve our mission and become a stronger, more valuable company."

Revenue from payments and fees took in  $256 million.