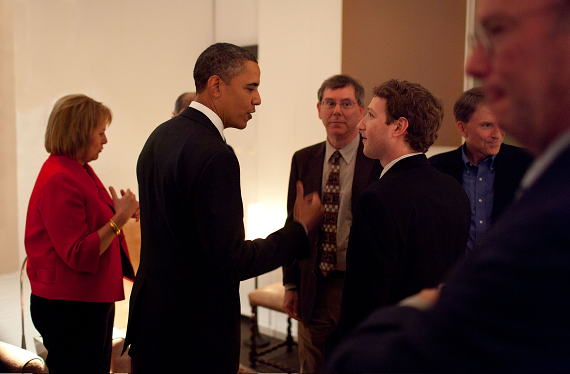 I used to write about politics. And something always struck me as kind of funny: everyone HATES lobbyists and pork. That is, unless the lobbyists are fighting for what that person believes in, or the lawmaker is fighting to get a project done in their district! If it benefits them, it's a good thing. Everyone is looking out for their own interests, from education professionals, to oil companies to, yes, tech companies, and they all spend money to put themselves in the best position possible. It's up to us to decide if that's a good thing or a bad thing.

Google and Facebook saw dramatic increases in the amount of money each spent toward getting their way in Washington, it was revealed Wednesday.

“Technology issues are a large part of the policy discussion in Washington these days. We think it is important to help people understand our business and the work we do to keep the Internet open and encourage economic opportunity," a Google spokesperson told VatorNews.

Facebook, on the other hand, severly ramped up its spending on lobbyists in the fourth quarter. The social network spent $1.4 million, an increase of 318% from the $444,000 it spent in the same quarter a year before. This was the first time the company ever spent over a $1 million in a quarter on such efforts. Facebook had come close before, spending $960,000 in lobbying expenses in the second quarter of 2012.

"Our presence and growth in Washington reflect our commitment to explaining how our service works, the actions we take to protect the billion plus people who use our service, the importance of preserving an open Internet, and the value of innovation to our economy," a Facebook spokesperson told VatorNews.

Facebook's spending grew healthily last year, and it now outspends far some of the other tech companies, like Amazon and Apple.

There is an argument to be made for the presence of lobbying groups, but, of course, there is also the other side that sees any attempt to gain leverage in Washington as a bad thing.

"Google and Facebook would have you believe that they are different from other corporations," John M. Simpson , Consumer Watchdog's Privacy Project director, said in a statement. "They are not. They are following the corrupt corporate tradition in Washington: buying what you want."

And, perhaps, money did make a difference when it came to a settlement Facebook made with the Federal Trade Commission in August over privacy. Facebook avoided any monetary punishment, but was ordered to maintain a comprehensive privacy program that will be audited over the next 20 years.

Apple, Amazon and Microsoft could not be reached for comment.