Hummer Winblad, Relay Ventures lead the A round, only a few months after the seed financing 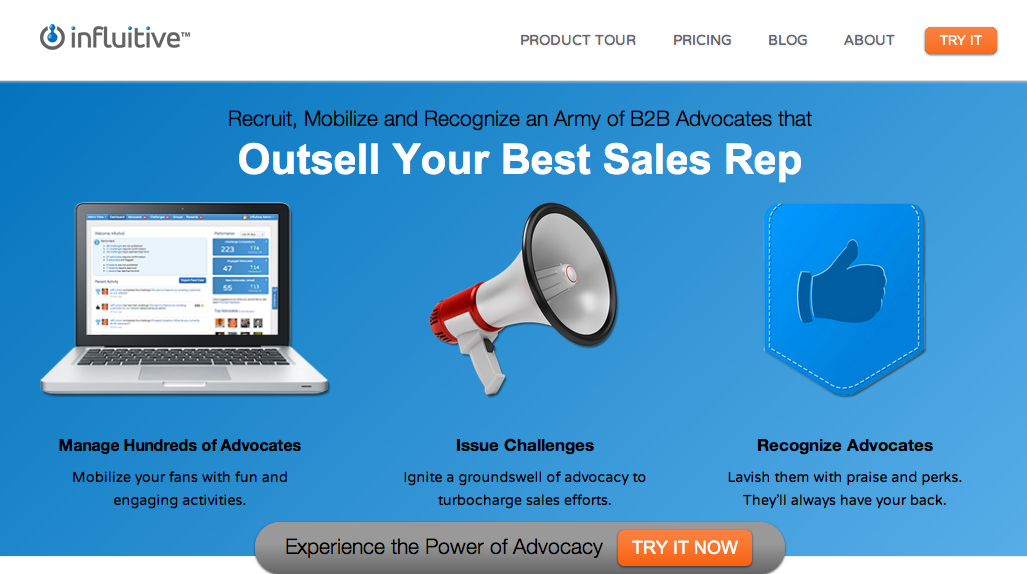 Let's face it. A company's best salesman is the company's best customer. But often finding these rabid fans and advocates and getting them to consistently promote a product can be time-consuming, if done at all.

That's where Influitive comes in. The two-year-old marketing automation startup, which manages and encourages advocates to promote their favorite brands, announced Monday morning that it's raised $7.3 million in Series A funding from Hummer Winblad and Relay Ventures, with participating investors including Lightspeed Venture Partners, New Enterprise Associates, Illuminate Ventures, Resolute VC, Common Angesl and other angels.

The new financing comes just a few months after Influitive raised a seed round of $3.75 million.

Influitive wasn't looking for funding, but Hummer Winblad partner Lars Leckie was persistent, said Influitive CEO and founder Mark Organ, who previously founded marketing firm Eloqua in 2000. While Organ left in 2007, Eloqua went public this past August. As part of the Series A funding news, Leckie also joined Influitive's board.

"Almost all of our customers do some kind of advocacy program," said Organ, in an interview. "Typically, you get someone involved in social media marketing, and someone in charge of case studiens and references... Companies then use a hodgepodge of spreadsheets. But there's no one central place to understand what your advocates are doing."

Influitive allows companies to scale up their advocates to the thousands by managing programs that keep advocates engaged with challenges. Challenges can be as simple as clicking on a big button to let the company know it's loved to more time-consuming actions, such as writing a review to providing a referral to posting a comment on Quora. On average advocates complete about 4.4 challenges per session, said Organ.

Why do advocates do this? For many, the incentives vary from wanting to make a difference to receiving perks, such as donations to their favorite charities.

The seminal problem in B2B software

Founded in 2010, Influitive has positioned itself as a demand-generation tool that can accelerate a customer's buying process. It currently targets the marketing departments within large companies in the technology space, including Dell, Eloqua and McAfee. Influitive targets companies that have about $50 million to $100 million in sales.

It's in the software vertical that much of a company's potential cash flow is tied up in the buying process because buyers have a difficult time making a decision, Organ explained. "That is the seminal problem in B2B software," said Organ. Most B2B companies will have millions of dollars in their pipeline because buyers take their time with purchasing decisions. One of the best ways to push these buyers to make a decision, therefore, is to get customer testimonials to influence those decisions.

Influitive doesn't charge a customer unless it has 20 active advocates that have provided either referrals, tweets, reference studies, or some sort of action that promotes a company's brand. After the 20th advocate, Influitive charges $825 a month or $1500 a month, if a customer wants custom integration. The average customer pays $1600 a month and has 1000 advocates, said Organ.

While Influitive is targeting the technology vertical today, Organ said that some 6000 companies have purchased some kind of marketing automation software. He hopes to partner or have a deeper partnership with other marketing automation vendors, such as Eloqua, Marketo, Jive, Act-on and Lithium to expand his customer base.

But while there is cooperation with such marketing automation vendors, there's also some competition. For instance, Lithium help corporations, such as Dell Computer or Best Buy, encourage their customers to promote their products, much like Influitive. There's some similarities, said Organ, but Influitive focuses more on getting advocates to post reviews on external sites, like on iTunes whereas Lithium will manage advocates on a company's own community site. Often the fans are encouraged to help in the customer support process. Badgeville and Bunchball also help companies engage their fans. But those companies typically work on helping to add game mechanics to consumer-facing websites more interactive.

Influitive also uses a lot of game mechanics, said Organ. When Influitive first started out, the company had initially built a reference-automation tool that was efficient but boring to use, he said. The product didn't take off because it wasn't fun and interesting.

To that end, Influitive switched gears and started to add game elements and challenges. Indeed in a world full of choices, it's easy to see why some sort of reward system helps to drive engagement. 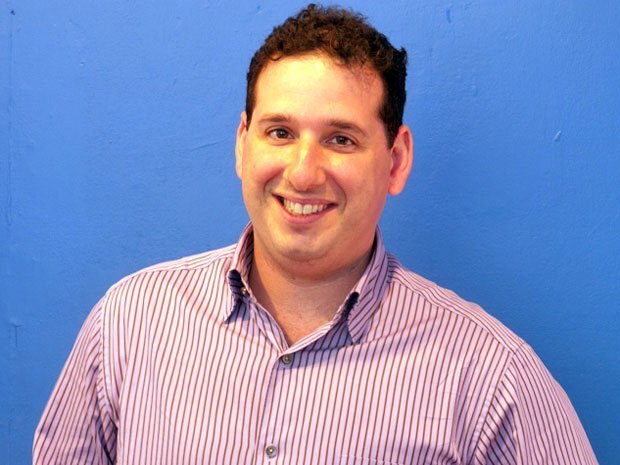