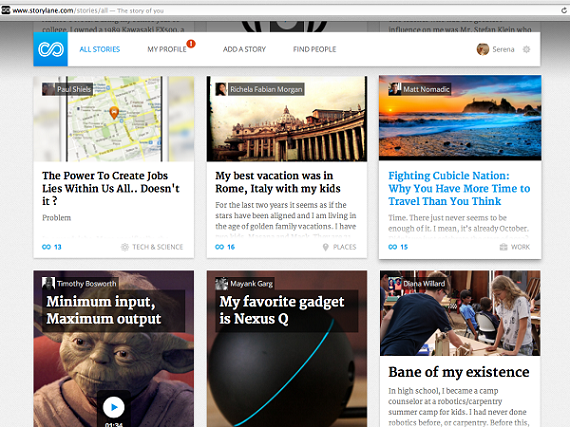 I’ve often read, and sometimes felt, like websites such as Twitter and Facebook, while good for bringing people together, have also diminished the capacity for thoughtful conversation. Twitter only give you 140 characters to get your ideas out. Nobody wants to read a long status message or note, because that is not what most people do on the site. While connecting with people on social networks, you never really get to know them.

That is the problem that Storylane, a new social blogging platform, attempts to fix by having people share content with each other that gets to the heart of who they are.

“There have been many experiences that have been eclipsed on social media,” Jonathan Gheller, founder of Storylane, told VatorNews in an interview. “Storylane wants to bring them back.”

Users sign up and are then asked a series of questions, such as "what are the most important lesson you've learned in life?" or "Where was your favorite vacation?" which are meant to illicit a deeper response from the user than on a typical social media platform. The user becomes a "storyteller," and is prompted to share his or her life.

Users are allowed to mix the formats together in their posts, for example putting audio over pictures to explain why they are meaningful. Storylane might also add video in the future, if enough of its audience demands it.

Storylane works in a similar way to Medium, the publishing platform from Twitter co-founders Evan Williams and Biz Stone that launched in August.

Medium organizes posts into collections with a theme and a template. Collections include This Happened To Me, which is a collection of crazy stories, or When I Was a Kid, which features pictures of users as children.

Storylane acts as more of a social site than Medium, though, as users are encouraged to follow each other, in order to get to know their friends better, as well as strangers. On Storylane, people are meant to feel like they are part of a community, Gheller said.

The site has around 10 verticals right now, including technology, fashion, politics, science and pets, though Gheller says that more will be added eventually. People can filter and search for stories, and can share content on Facebook and Twitter.

After they read a story, users can comment on it, based on pre-selected buttons, instead of writing out comments. For example, users can click agree, disagree, like, laugh!, wow, inspiring, I am moved, been there or want!

The ability to self express will eventually extend beyond users, and will be offered to brands and advertisers as well, as a way for the website to make money.

The difference between Storylane and other blogging platforms and social network, Gheller says, is that Storylane is meant to get at the heart of who people are, rather than the glib, superficial nature of other similar platforms.

Gheller sees Storylane as a new space, where people can post things that matter.

Social has done a lot for commerce, gaming and communication, he says, but he wants people to be able to share beyond just a status update. On Storylane, people are encouraged to share ideas and a good profile on the site will help people get to know you better.

For example, if someone is living in Berlin, people will be encouraged to write about it is truly like to live there, not just put up highlights of the city. If you were there during the fall of the Berlin Wall, says Gheller, you would understand what it was truly like to be there, beyond just the historical facts.

“It is the difference between just communicating and truly sharing and self expressing,” he says. "It's about sharing things that really matter to people."

From my perspective, trying to change the way that people communicate to each other is an ambitious, and worthwhile goal. Like I said above, something seems to have become lost in the age of social media, but that does not mean it cannot be found again. Storylane wants people to really share who they are, rather than who they want to pretend to be.

Currently the Palo Alto-based Storylane, which is only 90 days old, has not raised any money. It is available on desktop, and there is a web version. Gheller says that the company is exploring the possibility of a native app in the future. The app is currently multi-lingual, but due to overwhelming response from users, it will be launching a Spanish version later this month, and will follow with other languages later this year.

Storylane helps you share and connect with the people, places, events and ideas that matter.

Our dream is to create a community where people share things that truly matters. Together, we can build an encyclopedia of human experiences that will connect us in a genuine way with amazing people, places and events.

We want the dreamers, the opinionated, the creatives and the spirituals. We want to celebrate what makes you special and unique. Your experiences and opinions will help other connect with you more deeply and will expand the world for those who live a different live or hold opinions that are foreign or opposite to yours. 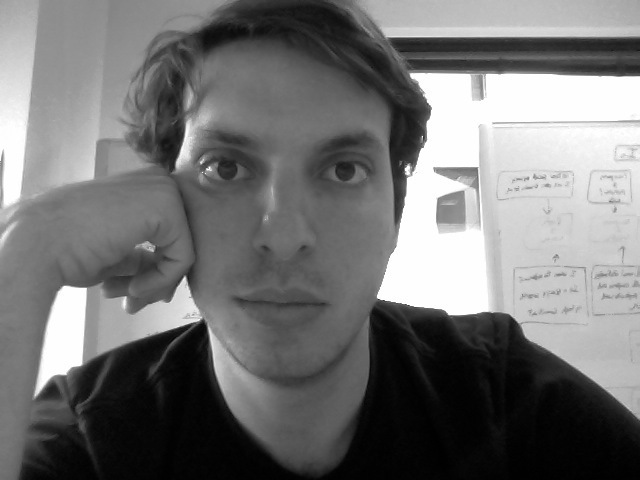 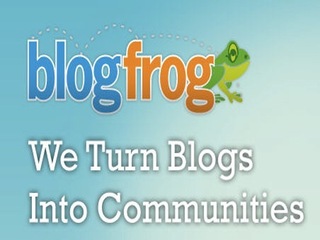 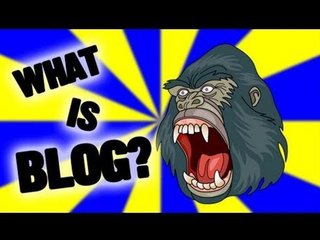 Hyperink launches service to turn your blog into a book 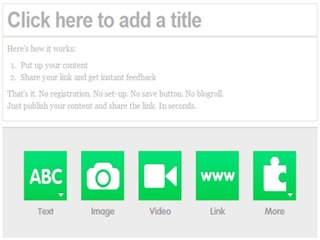 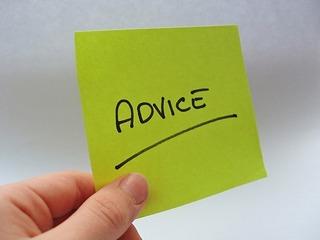 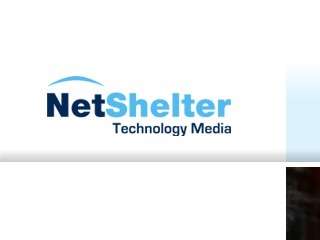 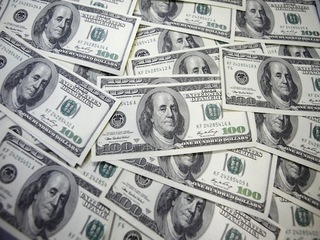