Did Microsoft find its 'Steve Jobs' in David Sacks?

As a product guy, Yammer's CEO and founder, could be the heir apparent to the Microsoft CEO job 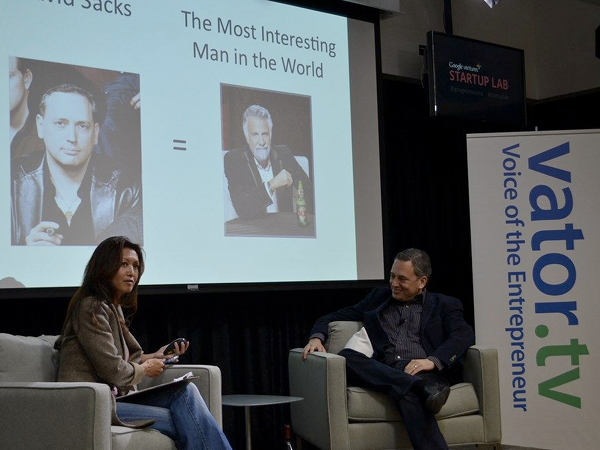 Sacks, founder and CEO of Yammer, which was bought by Microsoft for $1.2 billion in cash this past June, was our keynote fireside guest at the first-ever Startup Sessions series, hosted by Google Ventures and Vator. The event held at Google Ventures Startup Lab was sold out two days prior to the gathering.

In the fireside chat, Bambi Francisco quoted Kevin Hartz, founder and CEO of Eventbrite, who said that "David is the most talented product visionary at Microsoft and should be appointed CEO immediately." While the remark to Francisco, may have been said in jest, nonetheless, she agreed that Microsoft could use a good product guy.

(Note: Francisco also said Sacks was equivalent to "The Most Interesting Man in the World," for his many dallliances in movie production, World Series of Poker appearances, and past successes." See the story: Meet the doppelgangers of the PayPal mafia.)

So she asked Sacks if that role seemed out of the question in the future and if that was something he'd one day want to consider or if he'd more likely start a new company.

In response, Sacks said that right now he is focused on running Yammer and how to make it better.

Also, the scale of Microsoft blows him away, as the campus, located in downtown Seattle, incorporates hundreds of buildings, and eight different divisions.

"You know, just the division running Office does something like $20 billion a year in revenue. If it were a company by itself it would probably be the largest enterprise software company."

Microsoft has 90,000 employees whereas Yammer has a tiny 450, by comparison.

So, while Sacks said that it was a nice thing for Hartz to say, Microsoft is operating at a scale that he is not ready for. For now, he's focused on the product.

"There's still a lot I want to do with the product," he said.

Spoken like a true product guy. In fact, during the conversation, Sacks spoke about the time he started thinking about Yammer. Sacks said he spent his 2007 Christman vacation writing out a 50-page product outline of Yammer. He wasn't working on a financial model or a performance review, what he had to get out of his head was how the new product would work. 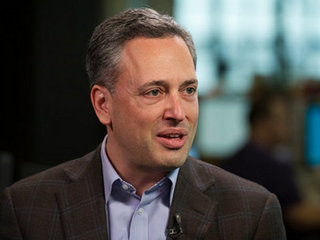